Popeye, spinach and a decimal place; the lessons for marketing 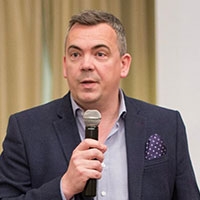 In 1870, German chemist Erich von Wolf was researching the amount of iron in spinach and other green vegetables. When writing up his findings, he accidentally misplaced a decimal point, marking the iron content in spinach ten times greater than in reality.

While Mr von Wolf actually found out that there are just 3.5 milligrams of iron in a 100g serving of spinach, the widely reported number became 35 milligrams and the world turned to spinach in a big way.

Such was the widespread acceptance of this mistruth that the creators of muscle-packed cartoon character Popeye, aware of spinach's miraculous health properties, had the idea that Popeye should eat spinach to increase his strength.

In turn, it is believed that the cartoon character is responsible for boosting consumption of spinach in the USA by a third.

It’s remarkable how such a seemingly small piece of detail can have such a huge impact. But it doesn’t always have to be that the minutest detail is wrong and the world changes, what about when we make very small actual discoveries or changes to what we make that then go on to have an equally huge impact?

Slightly closer to the home and the modern day then...

Back in 2009 a case was presented that showed how small changes to a seemingly trivial aspect of a website could have an enormous positive effect, to the tune of a $300m increase a year! It's hard to imagine a form with just two fields, two buttons, and one link could be so problematic.

Yet, it turns out this form was preventing potential customers from purchasing products from a large ecommerce website, to the tune of $300,000,000 a year. What was worse still is that the designers of the site had no clue there was even a problem.

The form was simple. The fields were Email Address and Password. The buttons were Login and Register. The link was "Forgot your Password?". It was the login form for the site.

Regardless of the reasons for the form improvements being so stark (assuming the reported figures are indeed true) it does make the case for how “sweating the small stuff” can have an enormous ripple effect further down the line.

It’s that principle that has always driven me to focus on the small details of every aspect of the marketing I undertake, particularly around the metrics and report that the modern digital marketing world gives us.

Back in 2010 we at Cyance won our first B2B Marketing award (for best use of email for Sodexo Prestige) and as part of that campaign, we could show that just a 1% increase in the open rate of the emails sent during the campaign could generate tens of thousands of pounds of revenue.Although the effect is not instance; the campaign was multi-channel and the sales cycle was weeks, it was this learning (coupled with the likes of Spinach and the $300m button) that means I’m now always on the lookout for those micro changes and seeing how they may impact further down the line.

It’s why I urge you as a marketer to look again at the key metrics that you generate on a near-daily basis and think about how and why you may be able to make changes, small or vast, to your marketing tactics to see what impact you can have.

Consider whether a 1% open rate or a 0.5% click through rate could result in not just better-looking metrics but whether that could lead to an increase in real, tangible sales. What about increasing followers or likes? Can you start to understand what results in adding every 100 followers to your Twitter account say?

It’s that kind of challenge that we love wrestling with on a daily basis with the campaign we run – it’s not quite obsessive, but being focussed on such things does make a tangible difference. After all, the open, follow or click rate are just indicators, it’s all about the conversion to sale and real commercial measures that we should really strive to improve.

Start to believe that small changes make a big difference and couple that with a permanent state of curiosity when it comes to your working life; always question why and experiment and test and you may just move that decimal place, but the right way for the right reason!