Pssst! Want to know the ROI on B2B telemarketing? 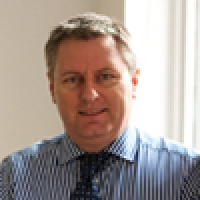 Before we get into the percentages and pounds I just want to mention that this is the first time the DMA’s Contact Centre & Telemarketing Council have commissioned research on this sometimes controversial channel.

Nether SCi or the DMA knew what the results would be. Were we nervous? A little bit.

We asked over 1,000 consumers and 210 marketing executives in the UK for their facts and opinion. The first result was that 93% of marketers find telemarketing either effective or very effective. Phew.

But when we look at those that find it ineffective or very ineffective the figure is amazingly low; 4% in total. Maybe these guys are doing it wrong?

And some are not doing it at all. 17% of those surveyed have not used telemarketing in their programmes. When we combine this figure with stats from the Business Marketing Collective a distorted picture emerges.

Infographic: Good call – why telemarketing is a potent ingredient in the marketing mix

The share of budget is even more alarming when we look at the ROI figures revealed by the DMA. The research revealed that B2B telemarketing delivers £11 of revenue for every £1 spent. Is it possble that the bad publicity created by some B2C telemarketing campaigns (such as rogue PPI firms and silent calls) are influencing B2B marketing executives in their choice of channel?

Our own research revealed that your prospective customers are well aware of the difference between B2C and B2B calls. We asked over 200 ABC1 executives “what’s the most annoying form of marketing?” B2C telemarketing came top of the list with35%, but B2B telemarketing got just 4% of the vote. Apparently even email is more annoying than B2B telemarketing as it scored 6%.

So maybe its time to junk the pre-conceived, subjective ‘gut feelings’ about telemarketing and replace them with objective facts. To get the headlines on this research check this infographic.