Riddle of what makes a video go viral solved ? 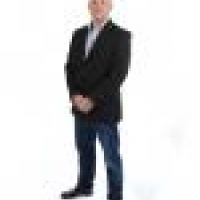 The medium of video has provided us with many elusive virals over the years including: Sneezing Pandas, cats riding bikes, gnarly skateboarders taking part in eye-watering stunts and the occasional brand sensation. Continue to sweep social networks notching up billions of collective views.

YouTube is in second place on the search engine podium just after the mighty Google. Some of the YouTube particulars: 800 million unique visitors a month, over 4 billion hours of video watched every month and a staggering 72 hours of video uploaded every minute of every day. With this boggling deluge of content in mind it’s no wonder the success stories are few and far between.

For marketers trying to get to the illusive, golden state of ‘viral’ there has been little insight available to predict the success of any campaign. A source of frustration to many brands seeking the holy grail of viral share ability.

Now the company Unruly Media is claiming to have developed an algorithm that can predict viral success. Unruly Media claim:

“Advertisers who use the predictive tool will gain insight into the psychological, social and content triggers that affect the success of their video content and, more importantly, they’ll know the word of mouth potential of their video before they spend anything on media.”

They have developed an algorithm with over 10,000 data points, based on data collated over seven years from their Unruly Viral Video Chart

So is this the answer to marketer’s prayers? Can we all sit back on our laurels, click a button and rest easy in the knowledge that we have a smash viral hit? When looking at the nature of viral, it is unlikely.

If you are knocking together a formula for viral, it doesn’t really take 10,000 data points. Successful viral campaigns can usually be categorised into pretty simple high level categories. Videos that are amazing, surprising, shocking, adorable, controversial, current, and above all funny, have traditionally stood a better chance of success. But the point being, there are no guarantees.

Whatever nuggets of revelatory insight lie in those 10,000 data points, the Unruly Viral Video UK ad chart currently ranks the ‘Gardener’ advert from Diet Coke in second place. That is a rehashing of an archaic brand concept that has pretty much one data point – women like half naked chiselled male bodies.

Hopefully the algorithm incorporates data based on campaign size, online communities, sharing incentives, broadcast airtime, and the other factors that play a big factor in viral propensity. These factors work in the favour of brands, however there is also a down side.

Brands have an inclination to be sluggish and conservative in their strategy, and the real wins in viral come from taking risks. Like this little gem from last year:

Bodyform ticked all the boxes. They rapidly responded to a genuinely funny Facebook comment, demonstrating they are listening to their community. They didn’t take themselves too seriously. The video was  very funny It was controversial. The brand message was real, down to earth, and a parody of the garish, superficial, outbound global video ads of yesteryear.

Now weigh up that with the Coke ad. Who wins? Perhaps Coke has a wider strategy to invert their superficial ad campaign.

Maybe they will launch a series of viral show-stoppers that feature a middle aged housewife gazing lustfully through the kitchen window at her portly shirtless husband mowing the lawn. Or perhaps I just have more faith in the sophistication of Diet Coke’s demographic than they do. Oh it must have been so much easier when the key ingredient was Coca leaf, must have sold itself.

The fact is that it is probably the tens of thousands of market research data points that lead Diet Coke back to the drab and nostalgic ad campaign. The smaller, more agile strategy of Bodyform enabled them to open a dialogue with their community, entertain viewers around the world, and eventually achieved online and offline press coverage  worth hundreds of thousands of pounds.

Whatever the Unruly algorithm is made up of, the chances are it will lead down a formulaic route toward the Diet Coke’s of the ad-scape. The formula for success does not have to be that complicated, listen-respond-entertain. Take measured risks and empower the marketing and creative experts who understand the medium.