The rise of the social savvy CEO 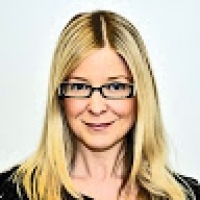 By: Jennifer Reid
Director
The CommsCo

Jennifer Reid, director at CommsCo, explains how even the c-suite need to understand the importance of social media

In the past few years social media has moved from a supporting role to the spotlight in many B2B organisations, helping different members of the team in new and exciting ways. But it wasn’t long ago that social media was solely the remit of the B-level marketer, especially in the B2B landscape. Established B2B CEOs, for the most part, were not concerned with social media simply because the demographic trend seemed to be for younger, more B2C focused people.

A few could stretch to admit that LinkedIn was of some marginal use, but in comparison Facebook seemed entirely rooted in socialising, and Twitter a seemingly random exercise of broadcasting minute bits of information to complete strangers.

Blogging, without its guarantee of readership, was highly regarded by many CEOs as a waste of time. Ultimately, in the early days of social media, there was little evidence that the channels could help to increase pipeline and grow a business – surely the two most important things on any CEO’s agenda.

A wake-up call for CEOs

If you haven’t noticed the growing number of B2B CEOs becoming social savvy, then it’s time to expand your social circle. The c-suite has seen social media in an entirely new light, and there are several reasons why.

The early adopters did it well, and everyone noticed

@RichardBranson joined Twitter in August 2007 and has been using the channel not only to successfully build a huge following, but also as an extension of the brand’s end-to-end PR efforts. Branson’s efforts on Twitter have served not only to help his brand conduct effective crisis communications, but also develop it alongside other PR initiatives.

The face of the brand

While Virgin can be thought of as both a B2C and B2B brand, most of the pre-2010 CEO social influencers were B2C. Figures such as Branson have proved to be a great example of how well-suited social media is to be a medium for brand building. The rise of these B2C brands via social media seems to have filtered down to B2B in two ways.

Firstly, employees of B2B brands and the companies that are consuming their products want to see the CEO on social media. Not only does an active presence on social media build credibility, but also there is a new expectation that the B2B CEO will be the face of their brand.

Secondly, there is increased expectation on B2B brands. It’s no longer enough to have a purely representational website and no other online presence. As B2B companies, our consumers expect active, frequently updated websites, evidence of participation in third party events, and further evidence of the c-suite’s own personalities as representation of the brand. This is where social media takes centre stage.

So who’s doing it?

Some of these very prominent B2B CEOs didn’t jump on board the social media bandwagon until late in the game. Case in point, SAP’s @BillMcDermott, didn’t join until August 2013:

I'm on Twitter - better late than never. Now I can see why @jbecher is so popular! Shout-out to my #SAP colleagues worldwide!!

The likes of @joodoo9 (Giles Palmer, Brandwatch), @dPreservation (Jon Tilbury, Preservica) and @jyotibansalsf (Jyoti Bansal, AppDynamics) are tweeting up a storm alongside the tweets being put out across their corporate accounts, and they are blogging a good game too. While CEOs of these multinational firms have had the luxury of choosing when to jump into the social media fold, CEOs of newer B2B brands have played it very differently. For many of these CEOs, social media has been the norm since day one, and an obvious way to boost visibility and to liaise with their fellow CEOs.

They are the new generation of the social savvy CEO, and they are laying the path for those to come. Here’s to more social savvy CEOs, inspiring new and different ways to apply social media across B2B.

In part II of this series, we’ll cover the ‘New Social Savvy Salesperson.’