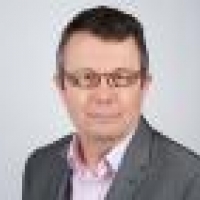 The wonder that is Sky+ means that I rarely watch live TV these days, unless it is an important sports fixture. For this reason, I have only just caught up with the BBC Horizon science programme documentary entitled "How you really make decisions" and I found it very fascinating for a marketer involved in trying to understand buying decisions and putting together sales winning value propositions.

The programme was based around, in particular, the work of renowned psychology professor Daniel Kahneman, who was awarded a Nobel Prize for Economics in 2002 as a result of his work on the psychology of decision making that has also led to the creation of a new science called 'Behavioural Economics'.  This science describes how we actually make decisions rather than how we say we do, and is being used to explain how the economic crisis of 2008 came about through our innate flawed decision making processes.

It appears that we have 2 mechanisms we use for making a decision, intuition (a fast process Kahneman labels 'System 1') and rational thinking (a slower process that uses logic and Kahneman calls 'System 2'). It also appears that, despite what we may like to think, in the vast majority of cases we use System 1 to make decisions and say we use System 2 afterwards. However, the intuitive System 1 process has biases - it doesn't like losing, so will be far more likely to take decisions that avoid pain rather than to receive a gain. This was admirably illustrated with an experiment that asked passers by to respond to one of two scenarios put to them:

A quick bit of maths will tell you that both scenarios have the same outcome - either taking home a guaranteed £15 or the opportunity for that to become £10 or £20 based on the results of the coin being tossed. Strangely enough the vast majority given Scenario 1 took the 'safe' option, whereas those given Scenario 2 were far more likely to take a chance - they were intuitively taking a decision to avoid perceived 'loss'.  Other research showed this intuitive 'loss aversion bias', as it was labelled, is inherent in our ape cousins also, so it is deep seated in our genetic inheritance - however hard we try we can't 'train' ourselves out of it.

Value propositions need to show how to avoid pain

It struck me that this illustrated what the best sales people I have worked with have always known - successful value proposition messages need to appeal to the 'System 1' brain i.e. show how the customer can avoid pain by buying your solution. This is often hard to take for us marketers - we are 'glass half-full' people who generally prefer to talk about the positive aspects of our solutions. We need to accept that, for the initial message, we need to play to the loss avoidance bias in our customers. In the B2B world we will, however, also need to supply the benefit gaining 'System 2' friendly information for the buyer to be able to justify their decision to colleagues and other stakeholders based on logic.

The puzzle of the New York cabbie

As an aside - the most fascinating illustration of this loss aversion bias in the programme was used to explain the bizarre behaviour of New York cab drivers (well, at least one of their bizarre behaviours). On a rainy or cold day there are many people who want to hail a cab, but on a sunny day business is more difficult to come by. So logic says (System 2 brain thinking) a driver could maximise earnings by working long hours on bad weather days and take more time off on nice days. Strangely, their actual behaviour is to do the exact opposite! It appears that they aim to earn a set amount of cash per day, and if they are under that target (for example on a sunny day) they will continue working until they make up the perceived 'loss', whereas on a rainy day they will knock off as soon as they have hit the target despite the opportunity to make a whole lot more.

So the next time you are not getting traction with your marketing messages about how much extra revenue your solution offers prospects just think of the New York cabbie to understand why!