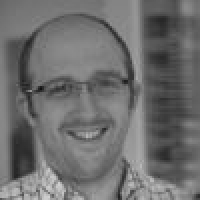 As a business manager, imagine being charged £10,851.83 by your website host for two days’ worth of data usage. This was a situation that Simon Vowles, Managing Director of GWF Nutrition in Melksham, Wiltshire found himself presented with in April. As one of the only UK based animal feed manufacturers, the company is used to a steady flow of website visitors but this unprecedented, exceptionally large invoice was a shock.

After receiving notification of the bill, Mr Vowles contacted 1&1 directly and asked for an explanation for the invoice. He was assured the bill was correct as it matched the amount their systems had recorded.

After analysing the website traffic, Varn Media calculated that there was no way that website visitors could have caused this surge in data usage. In fact it transpired that on 22 April, £5,095.58 worth of data was used and the following day £5,756.25 of data was used – the day after this the rate plummeted back down to the normal amount of data for this day.

Tom Vaughton, Director of Varn Media said: “This amounts to nearly two terabytes worth of data in this small window of time, clearly something that was unexpected when you compare this to the company’s average download levels. As our research showed and was then clarified by Simon, the cause of this was something that has happened from an external source.  With most website hosts we work with, if something like this happens then you get a warning email to say that your data usage has exceeded your allowance before any invoices are issued. After looking at this case, we are telling all our clients now that they should check to see if they have uncapped and unlimited hosting.”

A flyer that flew

The source of the trouble turned out to be an 11MB PDF product flyer. It transpired that the document had somehow been downloaded 160,294 times, thus generating a data charge for 1.8 million Mb. This incident remains under investigation.

This undoubtedly serves as a cautionary tale for all businesses, primarily to be careful with the ‘t’s and ‘c’s of their contracts with their website hosts.

“It was obviously a shock when I received this bill. I am glad to say that 1&1 recently  came to the same conclusion as myself and Varn Media that this was something external and out of the norm, so they are agreeing to waiver the bill in this instance”, remarked Mr Vowles. “I advise anyone using any web hosting service – ask ‘what if’ questions about the hosting package you are looking into before you commit to it.”

Since Mr Vowles’ complaint, 1&1 have stated they are migrating the files to a cheaper, unlimited data package that would mean the company is protected from this kind of scenario on-going.