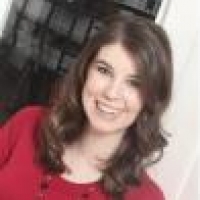 I would be lying if I said that I arrived at the B2B Marketing offices a year and a half ago with a full working knowledge of marketing. I didn’t even know what ROI stood for.

But I’ve caught up quickly and last year saw my first foray into direct mail as we orchestrated a campaign aimed at making new markets aware of the B2B Marketing Awards. Those of you who received a mysterious brick with a note tied around it in April last year – no, you weren’t being threatened by a cockney geezer, you were simply the target of creative marketing.

The problem with this was that, like all creative enterprises, it was subjective. Most of the people I spoke to about the campaign loved it. It sparked an interest in the awards and got people talking – in other words, it did its job. But a small percentage of the recipients kind of hated it. They didn’t see the funny side at all, they simply saw a piece of masonry that threw the mail room into a bit of a panic.

There’s no accounting for personal taste in marketing, but I was surprised that anyone who was in the business of catching attention and generating interest would scoff at an unusual, slightly near-the-knuckle bit of direct mail.

Social networking, and Twitter especially, have created a safe forum for marketing , a world where you can create a constant undertone of whispered buzz. But a well-placed bit of direct mail can still produce that elusive big bang. It’s not as sexy as digital marketing and not as far-reaching, but for a targeted campaign it’s still hugely effective.

Maybe digital marketing, for all its plus points, is making marketers a little bit afraid of big, risky, hands-on ideas. In our offices we get embarrassingly excited when we receive an inventive piece of DM, but even in my year and a half here they’ve become less and less frequent. So, is direct mail still worthwhile? Or will DM soon be standing for Digital Marketing?