Social media: taking the rough with the smooth 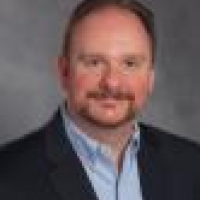 In recent years a new type of technology has emerged to help companies understand how to measure and analyse social media conversations about their brands. Labelled ‘social intelligence’, the theory behind the tech is to turn social media data into actionable marketing and business insight.

Social media is currently the single largest source of unsolicited consumer opinions. Our own research has revealed that 79% of adults in the EU regularly interact with social media online. With an increasing number of brands now turning to intelligence tools, it’s essential that even in these tough economic times, organisations make more effective marketing investments to keep pace with competing firms. As business magnate Warren Buffet once said: “It takes 20 years to build a reputation and five minutes to ruin it”. With the instantaneous effect of social media, this can often seem like a much more probable occurrence.

Social media analysis creates a context in which to develop and discuss negative and positive brand opinions and consumer reactions. One recent example of a missed marketing opportunity involved the travel brand Thomas Cook.  A man also called Thomas Cook, posted on Facebook travel groups lamenting the jibes he’d long been receiving for sharing the company’s name. He cheekily asked for a free weekend getaway to Paris as compensation for the lifetime of teasing. Thomas Cook declined, enabling a rival brand, LowCostHolidays.com, to quickly step in and offer Mr. Cook both sympathy and the holiday he requested. Thomas Cook (the man not the company) soon uploaded a photo of his successful trip to his Facebook account, which quickly went viral on Twitter. He then told the MailOnline that he thought Thomas Cook had missed out on a great PR opportunity, and went on to say how important it is for companies to be aware of the power of social networking. LowCostHolidays saw an opportunity for good press and grabbed it. Thomas Cook did save face by positively commenting that they hoped he enjoyed the holiday, but the majority of consumers applauded LowCostHolidays for its quick thinking and great use of the social media PR machine.

In another recent example, Bob Parsons, the CEO of hosting site GoDaddy, tweeted a video of him shooting an elephant whilst on Holiday in Zimbabwe. Parsons argued that the shooting was part of a cull to
prevent crop damage, but far more damage was done when the video received harsh criticism from global animal rights activists including Peta, who subsequently closed their GoDaddy account.

What these examples prove is that damage control rarely cuts the mustard across social media. It is essential that brands invest in developing properly thought through, intelligent social media strategies for savvy consumers. Businesses must know not only what people are saying, but why it’s being said and what their response should be.

Social intelligence is about thinking smartly and developing strategic messages that resonate with the market and uncover what is driving positive and negative experiences for brands and their competitors. It’s also good practice to apply more than a little common sense and awareness about the wider implications of messaging, and as with anything, always check and check again.