Social resolutions for the CMO in 2014 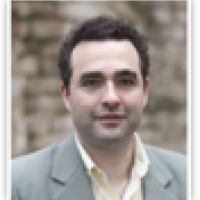 Every year social media becomes more sophisticated, more intricate and more critical to our daily lives. 2013 saw the number of Facebook’s mobile users surpass desktop users for the first time, while Pinterest and Twitter made huge advances on Facebook as the primary method people use to share content. We also saw Snapchat become a worldwide sensation, so much so that the founder felt empowered to turn down an offer of $3 billion for his company. But that’s all last year. 2014 is going to be the year of real change, and to support those changes, businesses need to take certain measures. Below I've outlined Gigya’s 6 key social resolutions that every CMO business should be looking to adopt this New Year.

The “age of context” will take a huge leap forward in 2014. The web is unquestionably becoming more personalised - a trend that will persist and increase as businesses gain access to better consumer data. More web services than ever are leveraging more detailed, accurate data and using it to serve up personalised suggestions. Netflix, for example, has made personalisation so accurate that its recommendations engine drives about 80 per cent of all videos watched on the service.

In 2014, CMOs should understand how this type of personalisation can spread throughout traditional marketing mechanisms – emails, ads and product and content recommendations. More companies should be leveraging the rich consumer identity data now available to programmatically cater to individual user tastes. As a part of this resolution, businesses must also be extremely conscious of user privacy, increase transparency and directly get consumers' permission to access and leverage their data for personalisation.

While many companies will adapt to changing consumer expectations for more authentic connections with brands, others will fail to recognise the benefits of personalising the digital experience, and will suffer as a result – disconnected today, gone tomorrow.

Pinterest has long since broken into the mainstream, but Gigya’s social sharing data shows that it’s just getting started. Between beating out Facebook as an ecommerce sharing option and posting skyrocketing engagement numbers, Pinterest’s momentum shows no signs of slowing. In 2014, the photo-sharing network will continue its rapid growth and assert itself as one of the web’s most influential consumer networks.

Develop a real understanding of exactly ‘who’ visits a site

In 2014, the use of internet cookies – the little pieces of code used to track user activities across the web – will see a precipitous decline as cookie-blocking technologies, like Mozilla Firefox's Do-Not-Track feature, reach the mainstream. Recent studies show that erosion in public trust may not be worth the insights gained from opaque data-accessing practices, with 83 per cent of consumers naming ‘transparency and honest practices’ as the most important element in establishing trust in a brand. This backlash will fuel new waves of regulations and advancements in permission-based marketing technologies. Aside from traditional ‘opt out’ regulation on the user side, legal repercussions for employing invisible cookies (such as this Assurance of Voluntary Compliance recently issued to Google) will significantly deter their usage.

CMOs should consider looking towards technologies that help them gain a true understanding of their users in a transparent, permission-based way. With social login, for example, marketers can offer users a faster, easier way to register and log in to sites and apps while gaining access to their social data.

Watch for blurred lines between authentication and ecommerce providers

The lines between authentication and payment providers will become much more inscrutable in 2014 than they have previously been, with companies like Facebook and Google becoming more entrenched in ecommerce, and companies like Amazon and PayPal continuing to gain adoption as trusted identity providers powering consumer web experiences. Much of this progress will be driven directly by a significant increase in mobile payment as it becomes even more of a social norm. Facebook, for example, will likely expand its efforts in ecommerce with its auto-fill billing technology, which is currently in testing. We may even see the social network make an acquisition in the space in order to gain access to large amounts of credit card info. Other identity providers may also enter the payments game as more of them begin to understand the benefits of offering consumers a faster, frictionless way of registering and making purchases on websites and mobile apps. As authentication providers become more like ecommerce providers and vice versa, the CIO and the CMO will be having a great many more conversations than they’re used to before the year is out, and the CMO will need to demonstrate their understanding of the new landscape.

Get ready for the Internet of Things

The much talked about “Internet of Things” will make significant steps toward becoming less of an idea and more of a reality this year, and one resolution for 2014 must be to prepare for it. More and more of our devices are becoming connected – from our activity trackers (Nike Fuelband), to our cars, our thermostats and even our toothbrushes – and with this new web of devices will arise the need for them to talk to each other. In 2014, we'll start to see these devices really communicate and interact, creating an unprecedented level of personalisation for consumers. This will be enabled by one key concept: identity.

By allowing consumers to "log in" to these devices with the identities they already use from social networks like Facebook and Google, these devices will be able to communicate and automatically personalise essential daily activities like driving, exercising and changing the temperature in homes. For example, imagine the following: You log into your Nike Fuelband via your Facebook ID and tell the device that you're going for a 5 mile run. At the 4 mile mark, your Fuelband automatically tells your Nest thermostat (which you are also logged into via Facebook) that you are nearly home, and the thermostat begins cooling your home so that when you come back from your run, your place is the perfect temperature to help you cool down. It may sound like a distant futuristic concept, but one vital New Year’s resolution has to be to get ready now, as by making identity the connective tissue between devices, it's actually very possible that this could happen much sooner than we think.

Adapt to using fingerprints, rather than PIN numbers, on iDevices

Apple’s iOS thumbpad reader will propel the tech titan into the authentication space. The iPhone’s use of biometric technology as a login service has opened up new opportunities for Apple to become a legitimate identity provider beyond its core products. Increased security and seamless login through thumbprint authentication is an enticing prospect for brands and this unique method of identifying users provides Apple with a remarkable opening to throw its hat into the ring as a contender in the “Identity Wars.” The company that brought style to personal computing, an entire music collection to your pocket, and made smartphones mainstream, will now take a leap into identity and this should open up lucrative new doors for the company.