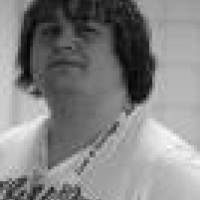 I’ll be honest: I’m not mad on American Football – and I can say that as a Brit having been to see a game live in the States. But there are certain aspects of the NFL that they absolutely nail way better than any other sport (like social media, as illustrated in this sweet infographic by Visually) and who doesn’t love fireworks and hotdog canons?!

Last Sunday night saw Superbowl XLVIII, the 48th edition of this marketing Mecca, take to centre stage between the Seattle Seahawks and the Denver Broncos (SPOILER ALERT: Seattle won 43-8, their first ever Vince Lombardi title). But I didn’t tune in to see the game, like my Canadian cousins I switched on with one thing in mind: To see the World’s biggest brands duke it out with limitless funds to win the hearts and minds of consumers in the half time ad-break.

I think it would be fair to say it was not a disappointment, and with ad space for the Superbowl costing upwards of $133,000 a second, I would expect not to be as well! As always there were some brilliant ads and some that, to be polite, weren’t so great. I’ll leave you to make up your own minds about that, but there were several aspects each of these ads all had in common apart from appearing during the same event.

So what can we learn from these heavyweights and apply to exhibitions and live events?

So that’s my brief look at the Superbowl. I couldn’t help myself, I was feeling inspired! Which ad was your favourite? What challenges have you encountered with international marketing? Get in touch and let us know!

(FYI – The Jaguar ad was by far the best on the night!)