Taking a Lesson from the Online Payment Industry 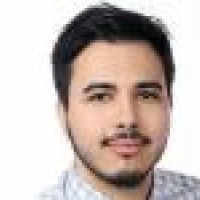 Online payment is growing in stature. With new forms of payment other than debit and credit cards quickly popping up, businesses are continually looking to stand out from the crowd and become market savvy with unique branding and enlarge their social media presence. Each company will likely say they are the quickest, safest and smartest option, but if no one knows who you are or what you do – then no one is likely to care.

No longer dominated by one or two giants, today there is an assemblage of companies offering safer, secure and smarter options to pay online. But what are the marketing strategies of these top companies and how do they differ from one another?

Joining the online payment scrum around the year 2000, paysafecard are proving that no bank account or card payment equals grand success. Being voted among the New Economy 2013 Innovation 40 is one thing, but Austrian-based paysafecard have become a hit among the gaming and online music portal communities, with a presence in 39 countries and more than 450,000 sales outlets.

With over one million likes on Facebook but considerably less followers on Twitter - approximately 2,500 - the company has done a solid job in connecting with their target group. They held a paysafecard Gamers’ World Championship last year, giving away €10,000 to the winner.

In fact, giveaways and gaming competitions are becoming a regular part of paysafecard’s marketing campaign, by targeting the most popular online games such as Assassin’s Creed, Call of Duty and World of Warcraft, and offering freebies and cash prizes. A partnership with online music streaming mogul Spotify has only amplified their status in the young tech media realm.

paysafecard are yet to go as far as Red Bull have in engaging their target group (by sponsoring anything that is new, fun and energetic, such as air races, DJs, BMX and even jumping from the edge of space, in addition to free hands-outs in a cool car with beautiful women) and perfecting their brand image to a notoriously fickle age group.

It is only the young startups like paysafecard that are trying out innovate marketing strategies. PayPal's social media department knows a thing or two about how to reach customers. Recently they have teamed up with television show Shark Tank to award $30,000 to a bourgeoning company, which creates an image that is helpful, supportive and of being on the side of small businesses.

With the aim of levelling with a younger customer base, PayPal have been attempting different marketing strategies such as sponsoring USA’s Music Tech Mashup this year.

As Adweek reported, Paypal also boasted about their security measures and usability, by taking a subtle knock at Apple Pay’s mobile payment and joking about the celebrity iCloud hack last year. The full-page advertisement printed in The New York Times essentially stated that PayPal’s security was far more advanced than that of Apple Pay’s, because of their inability to stop hackers stealing nude celebrity photos from the iCloud. While this is nothing new in the marketing world exactly, it does show confidence of a product and allow a company to appear more human and able to take part in national debate and bar banter. Sony and Microsoft are notorious for jibes back and forth, and more recently Samsung made fun of the iPhone 6’s bending problem, with an ad campaign stating: “Bend to those who are worthy.” But while safe online payment is becoming such a large topic, the trick is not necessarily boasting about safety and security, but how in touch with the modern times and their customer base they actually are. Identifying what’s unique about your company and blowing up the fact, will make your selling point easier to understand. Is the payment a one-time PIN with no fuss with bank details? Is it the fact that it can be used with many of today’s popular online and video games? Talk about what you do and how well you do it, because sometimes bragging and boasting will get you noticed.