Talent, coffee and concrete floors: observations from a week in the global martech capital 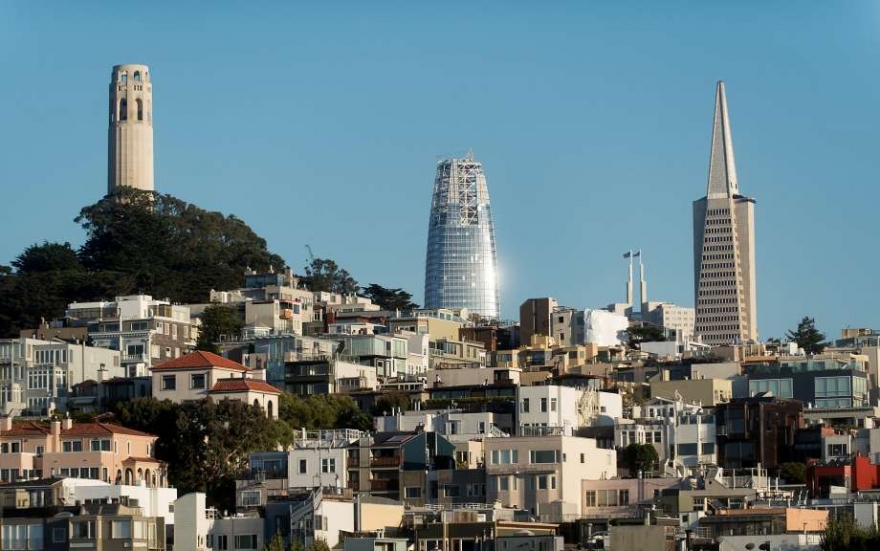 The Salesforce tower nearing completion, seen from across the city.

What's does it take to succeed at the heart of the global martech industry? Joel Harrison spent a week in San Francisco, meeting many of the leading players, in order to find out

I’m just back in the UK following a whirlwind week in San Francisco, on a mission to get a feeling for the increasingly dynamic and fast moving martech scene. This epicentre (an ironic word given the location in question) of this global industry is on this quirky, diverse, liberal and above all beautiful city, stuck out on a peninsula in Northern California, constrained on three sides by the sea.

Perhaps it is paradoxical in a nation of physical scale and apparently limitless possibilities (i.e. the USA) that an industry should flourish in a place that is so physically finite. Ignoring for a moment the urban sprawl south down freeway Route 101, unlike most of the US, space here is at a premium – and looking at the real estate prices, boy what a premium.

But perhaps that’s the point – the tangible limits in size of the city both enable and require proximity, and the spread and sharing of ideas. As a result, it’s a hothouse of innovation and talent cultivation. Tech hubs exist in many cities around the US and the world, but nowhere is there such a literal concentration and focus of talent and competition.

But beyond a lesson in geography and industrial clustering, what else did I learn? I’m enormously grateful to the various martech and marketing practitioners from across the city who took time out of their busy schedules to give me a snapshot of their worlds – and I’m indebted to my colleague Bill Furlong, head of B2B Marketing US, for arranging such a great itinerary. I have pages of notes from the various meetings that I had, enough for a series of blogs. But I wanted to distil the key points down to something coherent and digestible. So here goes:

1. It’s much more than just a nice location for vendors to do business

It’s a self-contained ecosystem with many different protagonists contributing to, and responsible for sustaining, the greater whole. Beyond the vendors themselves, this includes universities, consultancies, agencies, VC/financiers, media and recruiters. Remove any one of these component parts, and the whole system would most likely collapse.

2. The importance of the VC community in the scene cannot be overstated

This was reiterated and reinforced to me on numerous instances – it goes way beyond simply having deep pockets to provide funding at arm’s length; many VCs are intricately and inextricably linked to development of business plans and managing introductions between protagonists and personnel; at the beginning, middle and end of the firms’ journeys. The VCs are both matchmakers and kingmakers in martech, and their funds are driving the acceleration in its growth.

3. “The further away you get, the more impressive it looks”

This worldly wise and slightly cynical perspective is from Tim Dyson of Next 15, a Brit who has spent over two decades in the area, and it’s nice to be brought back down to earth by someone who has become immune to the glamour and frenetic pace of the place. When you’re in the heart of it, it is just business as usual.

4. “Most of the tech community can’t even spell advertising”

So says John Durham of Catalyst SF, with his characteristic dry and wry wit. They are ‘eating their own dogfood’ (as the slightly unsettling expression goes) or obsessed with their own tech to the extent that they are ignoring the power and potential of more traditional means of reaching markets and engaging audiences.

5. Martech central is all about events

Dreamforce may dominate the city in November, but spring is the real height of the martech events season – with Marketo, On24, Terminus and Demandbase all running user conferences in a matter of weeks. Tech marketers may like to tell you how obsessed they are with the latest cutting-edge platforms, but many of them spend a significant amount of their time (not to say budget) organising and running events.

6. Silicon Valley is so last century

The centre of gravity for the industry has recently shifted from ‘The Valley’ (cultivated in suburban locations such as HP’s founders' famous garage in Paolo Alto) to downtown San Francisco, or more specifically SoMa (South of Market). This has largely been driven by the need to align and rub shoulders with hip startups in fashionably deconstructed (and sometimes just downright shabby) early 20th century buildings. Salesforce, for example, has just opened a brand spanking new edifice downtown that becomes the city’s tallest building – although it transpires that poor construction of its foundations means it is sinking. Please insert your own punchline here.

7. The real battle is not for customers: it’s for talent

There’s a genuine war for quality staff going on in the city, with martech companies, agencies and corporates alike all having to stay at the top of their game to compete. Demandbase, for example, has the company’s Glassdoor ranking blown up to A1 size and framed on the wall in their reception. When I asked Jill Melchionda, MD of April Six’s San Francisco office, what her aspirations were for her agency, she said it was, “to be the most admired tech agency to work for and with”. I clarified whether the ‘for’ and ‘with’ were consciously in that order, and she said they most certainly were.

8. It's not all about the big agency networks

Far from it, in fact, with recent anecdotal evidence to suggest some of these may be struggling to compete in the highly competitive talent marketplace. As a result, nimbler but global B2B outfits such as April Six, Stein, Gyro and DWA have carved themselves out a niche alongside local operators such as Traction and Mediasmith.

9. Having a polished concrete floor is essential to being taken seriously

And the more cracks and fissures in it, the better. Literally every single office we went to sported a concrete floor. Tim Dyson of Next 15 said he specifically told the owners of the firm’s prime Financial District offices to send the carpet fitters away.

10. Be discerning with your coffee.

Starbucks may be on every corner, but try Bluebottle Roast instead (thanks to semi-resident Gemma Davies of Service Now for the local beverage knowledge).