Time’s Up: 2019 is the year to bring gender equality in marketing 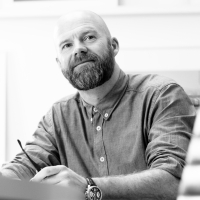 There’s no doubt that 2018 was a big year for gender equality, both in society and the corporate world. Movements such as #MeToo and #TimesUp that started in Hollywood have had an impact beyond the celebrity bubble and put the spotlight on unacceptable actions and attitudes.

However, gender equality is about much more than simply stopping inappropriate behaviour. It is about fairness in pay and opportunities, and challenging and removing outdated or sexist views.

The marketing world that we operate plays an important role in fighting inequality – both as employers and as creators of messaging on behalf of our clients. We need to step up and make the most of the opportunities available to us to contribute to positive change.

New rules on gender stereotyping that have just been announced by the Advertising Standards Authority (ASA) and the Committee of Advertising Practice (CAP) represent a significant step forward. Due to come into effect from June 2019, the rules will mean that advertisements will no-longer be able to depict men and women in gender-stereotypical roles.  We have already seen rules that ban objectification or inappropriate sexualisation, but these rules will take stereotyping restrictions a step further.

Marketing strategies and campaigns are designed to influence and can therefore create a culture in which people feel restricted due to gender.  Our industry has a powerful voice and as such we have a responsibility to ensure we don’t push out harmful gender stereotypes.

There is so much talent and original thinking in our industry – we owe it to ourselves to move beyond old gender contrasts and find more interesting ways to help our clients market their messages. This applies just as much to PR and marketing campaigns as it does to advertising. The whole sector needs to prove its value as a critical friend to clients, challenging simplistic concepts that are out of step with the spirit of today’s consumer.

There have been some encouraging developments this year.  We have seen more corporates putting their weight behind initiatives to balance their workforce by attracting more women into key career paths. One striking example this year was Shell, who saw the need to attract more women into STEM (science, technology, engineering and maths) careers (link). Their campaign, Closing the gender gap in engineering & technology, included a highly impactful video which has had over 1.2 million views on YouTube. As a result, the company says that over 40% of its STEM intake is now female.

There are plenty of great initiatives and programmes in play, but the real question is: how far will this take us? Are we going to see real change? I believe that the momentum achieved this year is significant and will lead to actual change – but it will still take time.

Take the gender pay gap. The first numbers were reported in April this year, and revealed some major gaps in average pay. A big moment will come on 4 April 2019, when the deadline falls for the latest figures to be reported. The fact is that the ‘snapshot’ date for the 2019 figures is 5 April 2018 – so actions taken over the last year to address gender imbalance issues won’t have influenced the figures reported. It will be the 2020 data that might indicate whether the gender pay reporting is making a real impact.

We may end up looking back on 2018 as the year that gender equality became serious. I hope that brands will build on that through 2019 as we continue to change.  In the communications and marketing sector we must be genuine facilitators of this, embracing equality in our own working environments and shaping constructive and impactful campaigns for brands.

Although we have achieved a lot, we still have a very long way to go before we level the playing field.  It’s not going to happen overnight, but we're on the right track and with dedication and focus, we will get there.