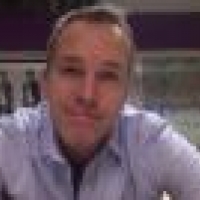 2013 was the year that brands started to get Web Video. It's also the year that YouTube as a marketing channel started to be taken seriously by companies of all sizes. You will have no doubt been moved, laughing uncontrollably or looking to through your phone out of a plane at some video content that has passed your way this year. Now some (visionary?) brands are getting serious with their video and YouTube strategy. Not only are they producing content but they are producing video content and a lot of it. In this post we look at the top 5 brands that are beginning to see the fruits of their YouTube strategy.

So popular. Their Jean-Claude Van Damme 'Epic Split' film has now done over 60million views. Yes 60 Million, over 371,000 likes and 41,500 comments. Volvo have used celebrity well to show the benefits of the trucks. However its not all about the Muscles from Brussels. Well shot and thought out Blogger series, truck reports and vehicle showcases have lead to a subscriber base of 78,165. Top slot to the Swedish Automotive firm 2. Intel - http://www.youtube.com/user/channelintelTop of the techies are Intel. The chip manufacturer have created over 5,000 videos on their channel, not all of them of course about chips, but about what their chips make happen. They look for the story in everything and ultimately their videos are quite simple. Nicely shot and well told, they cover a range of audiences from Developers, to management to enthusiast. A true example of more being more with a subscriber base of 66,929 3. Cisco - http://www.youtube.com/user/CiscoRunning Intel close are networks company Cisco. Like their YouTube rivals Intel, Cisco go for the volume trick. They have produced many thousands of films. Unlike Intel or Volvo Trucks however Cisco do not have any single stand out films with a top count at 394,000 for a 30 second TV spot. Their output is wide and varied - Animations, How to's, CIO interviews and dare-I-say Comedy. However, very usefully they organise these nicely and have many sub-channels within their channel to help the 61,881 subs find their way around 4. American Express - http://www.youtube.com/user/AmericanExpressAs well as recruiting AMEX card holders AMEX are also looking to recruit more businesses to accept AMEX payments. It's a double whammy and something they take to the limit on their YouTube channel. They delivered 19 new videos to their channel in the last month and with a mix of interviews, features, animation and a man who writes a song a day (yes, and its got 108,000 views already). Top of the finance crowd with 20,061 subs to date 5. Hubspot - http://www.youtube.com/user/HubSpotMarketing software firm Hubspot have taken the lead in using YouTube as a Marketing channel in their 'space'. They produce a wide range of content across the channel from the kookie and ever so slightly twisted to the very straight and instructional. It's got a very thin target audience - marketing professionals but are building a following with 11,035 subscribers and hit 2.5 million views  - thats as much as a well rated TV programme. We didn't include Microsoft and Google as they are off the scale and anyway hit B2C as much as B2B. Already can't wait until this time next year to see who's top of the Branded Producer list in 2014. www.thepeloton.tv
Close menu