The Top 5 Habits of Successful People 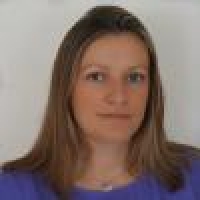 Richard Branson. Bill Gates. James Dyson. Successful entrepreneurs, who have reached dizzying heights of prosperity during their careers. Not everyone can be a multi-billionaire, or the CEO of a giant global corporation. However, we can follow their advice, and adopt the habits which helped make them so successful.

Check out the five top habits of the world's most successful people.

The most successful people wake up early. Donald Trump often talks about his daily routine in interviews – he wakes at 5 each day, and immediately reads the morning papers. Rising before the rest of the world wakes up allows you to be more productive – you can work undisturbed, without emails, phone calls and active social media feeds to distract you.

Making the change in steps can make it easier. Set your alarm a little earlier each day, and try to go to bed at a reasonable time. However, beware of the snooze button. Using the snooze function of your alarm clock is a form of procrastination, and it will only make you feel guilty when you eventually get out of bed.

As Alexander Graham Bell once said, ‘preparation is the key to success’. Staying organised means you won’t miss deadlines or opportunities – both of which are bad for business. Every night before you go to bed, write down a list of the things you want to accomplish the next day. Review it in the morning to make sure you’ve not missed anything out, and approach it methodically.

Faced with this argument, many people hold up Richard Branson’s maverick approach to business as an example of spontaneous enterprise. However, don’t be fooled – he is meticulous about planning, and has freely admitted to following a to-do list each day.

Having a regular exercise routine could also help you to become more successful. The vast majority of prosperous people enjoy some form of exercise – Bill Gates is a keen tennis player, Alan Sugar has taken up cycling, and Gordon Ramsay has transformed himself from an unfit TV chef into a competitive triathlon athlete.

The benefits of exercise aren’t purely physical. Regular exercise can improve the quality of sleep, and combat depression – which in turn boosts productivity. A German study found that after just ten minutes of intense exercise, people performed better at high-attention tasks than a non-exercising control group.

Many successful people drink alcohol sparingly, or not at all – Donald Trump, Vladimir Putin, and David Bowie are all teetotal. Alcohol can hinder networking at social events - you may act unprofessionally, or forget the conversation. Anyone can make the mistake of drinking too much at a social function - Richard Branson famously gave up alcohol for three months after a drunken argument with racing driver Jenson Button.

In the short term, hangovers can seriously reduce your productivity. However, the long term effects are truly frightening. Alcohol is damaging to the body, and can permanently alter the brain structure. The likes of Jack Kerouac and F. Scott Fitzgerald may have been highly successful writers – but they both died prematurely of alcohol-related health issues.

Don’t give up on learning when you leave the education system. This is a grave mistake, and is always fatal to success. The most successful business people know their industries inside and out. Keep up to date with the latest opinions and innovations, and try to network with the experts. Study and learn from your competitors, rather than dismissing them.

Don’t bury your head in the sand. If you’ve made a mistake, don’t ignore it. Acknowledge it for what it is, and learn from it. Famous entrepreneur James Dyson once said it took “5127 prototypes and 15 years” to invent his vacuum. Rather than giving up at the first hurdle, he persevered, learnt from his mistakes, and eventually patented a revolutionary new technology.

Make a change for the better. Follow some of these tips, and you could become a more successful person. Procrastination is the worst hindrance to success – banish this, and you’ll achieve far more than you ever thought possible. Rise early, stay organised, and always strive to learn new things.

This article was written by Alexa Garthwaite of  EO London, who offer virtual offices and meeting room hire in prestigious locations around London.