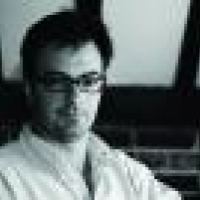 The tale of the two writers

Once upon a time, there were two writers, Florido and Semplice. Florido adored writing. He would cover page after page with his ornate and elegant handwriting, constructing long, complicated sentences and peppering them with new, unusual and polysyllabic words.

Semplice was different. He also loved to write, but he wasn’t interested in the look of his handwriting, nor with showing off his expertise. Semplice just wanted to talk to people and tell them things.

One day, a rich merchant came to town seeking the assistance of a writer to help him sell his wares. Upon discovering there were two writers in town, he decided to visit them both.

First, he went to Florido’s house, but despite knocking and ringing for several minutes, there was no reply. There was, however, an elegant sign pinned to the door, which read “Volumetric errors in the provision of lactic consumables within have necessitated an unscheduled peregrination to an appropriate purveyor of the aforementioned grocery resulting in absenteeism of an estimated fifteen score seconds’ duration.”

The sign, despite its artistry and calligraphic beauty, left the merchant none the wiser. Deciding not to wait, he moved on to Semplice’s house. Again, there was no one in, but there was another sign. This one was simpler. “Run out of milk. Back in five.”

Semplice got the job.