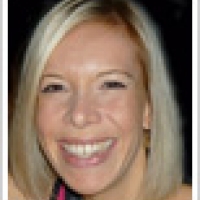 Seems like the chips are down for some businesses at Olympic venues this summer. Fast food giant McDonalds has put its red over-sized clown shoe down and insisted no other fast food vendor can sell chips unless they’re served with fish.

Apart from the fact I thought McDonald’s deep-fried potato offering were actually called French Fries not chips – how can a brand, in effect, try and monopolise an entire food? Just like the French did not invent Mayonnaise – and the Italians didn’t invent pasta (yes really) – McDonalds did not invent the humble chip – or French fry. Given the food chain’s efforts to promote healthy eating by serving vegetable crudités in its happy meals – what is it going to do next – impose a trademark on the carrot baton?

And if you’re thinking about starting a fast-food revolution about the whole thing – you can forget about wearing your trusted Che Guevara tshirt. The Olympic committee has banned any images of the Argentine Marxist revolutionary too as part of its policy on ‘non-political/branded’ items. So does that mean you'll have to leave your Havianas, Mulberry Tote and Ray Bans at home too?

Thankfully, big hats and noisy vuvuzelas have also been blacklisted though, so it’s not all bad news for those lucky ticket holders hoping to get a good view of the action without getting blasted by irritating noisemakers.

Meanwhile, while there’s no talk of chips or Che, discover how B2B brands are tapping into the legacy of London 2012