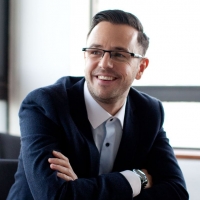 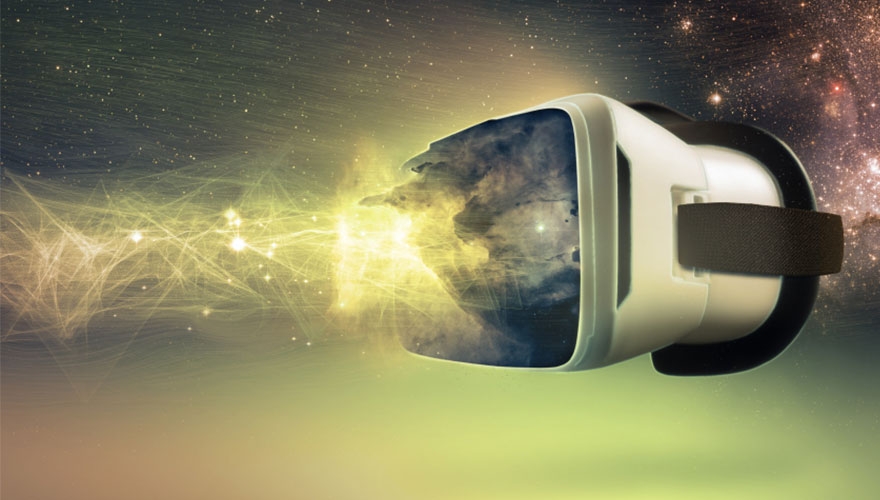 On April 12 virtual reality trailblazers from across the globe descended on Bristol for VR World Congress. As you’d expect, many attendees were gaming professionals. But some speakers and exhibitors explored VR in relation to wider areas such as data visualisation, engineering, medicine and education.

VR is clearly beginning to make inroads to the corporate world. But even the most experienced enthusiasts concede that it’s an emerging technology. The way it’s created and consumed is still evolving, and nobody knows exactly where the industry will go next.

There is a lot of excitement about VR. And there is also some scepticism. Critics argue that it is over-hyped and gimmicky. However, there are some compelling business cases of VR delivering tangible benefits; from enlivening architectural blueprints to testing the fit and function of medical devices.

Early signs indicate VR can add value in many potential applications. It could unlock whole new worlds of possibility for B2B marketers. But how and when should you make a move into VR?

Here are three takeaways from the Congress that might help you make up your mind:

If you want a definitive rulebook on VR, you’ll be disappointed. Nobody has all the answers yet. However, if you want to build a reputation as an innovator or an early adopter, the VR world is your oyster.

As with all pioneering activity, there are risks as well as rewards. Whatever you set out to achieve, there will inevitably be an element of compromise and sacrifice. Paul Deane, Digital Development Lead at BBC Natural History Unit, shared his experiences creating David Attenborough’s Walk with the world’s biggest dinosaur. He said the project posed challenges as virtual reality has so many unknowns. Basic production decisions – such as which point of view to use and whether the camera should move – have more implications than with a linear film. Because the medium is in its infancy, there isn’t a set way to produce content.

On the flipside of this, many people experiencing VR are also new to the technology. In their enjoyment of the immersive, interactive elements they are likely to be more forgiving of imperfections. Walk with the world’s biggest dinosaur has been hugely successful despite the compromises made. Since it was launched in February it’s had more than 5million views and a dwell time between two and three times that of linear online videos produced by the BBC.

2. 360-degree video could be a first step into immersive content

It’s important to differentiate between true VR and 360-degree video content. Generally, 360-degree video involves an immersive real-world view. You might use it to give prospects a factory tour from the comfort of their desk, or to enhance video case studies of your product or solution in action. While the viewing experience is greatly enhanced with a VR headset, it can be accessed on a regular PC or mobile device.

VR transcends this to provide a virtual experience that wouldn’t be possible in real-life. It can show the inner workings of highly-engineered technology or demonstrate how that technology will be deployed in its end environment – whether it’s a microchip, a subsea component or a medical device. Viewers need a VR headset of some kind, whether it’s the consumer-level Google Cardboard or Samsung Gear VR or something more sophisticated like Oculus Rift.

360-degree video is evolutionary rather than revolutionary. If you already work with video, it could represent a safer platform from which to start exploring immersive brand content. It’s more accessible to the masses, as well as being simpler and cheaper to produce. However, it is possible to blend elements of VR with 360-degree video to create a ‘mixed reality’ format as the BBC achieved in Walk with the world’s biggest dinosaur.

Ultimately it comes down to your objectives and resources as well as your audience and the business goals you aim to fulfil.

Obtaining final approval on creative assets can be frustrating at the best of times for marketers. With a medium like VR such challenges are amplified. There is no frame of reference in this new territory, so it can be difficult for stakeholders to give a constructive, rational critique of the end result.

If you’re managing a VR project, this risk needs to anticipated and mitigated from the outset.

Establish firm ground rules surrounding the approval process and agree who will be responsible for decision making, and make sure that all approvers are VR users.

Laying strong foundations will be hugely beneficial since addressing problems at a late stage in the production process is more costly and complex than with other media.  Everybody who will be involved needs to be fully on board with the scope, goals and limitations of the activity. Stakeholders who have limited experience of VR should be educated before production gets underway. Expose them to examples of content so they can build an understanding of the medium. It may be worth creating a test VR asset using familiar items, so they can explore the functionality of the medium in comfort.

Nobody can be sure when VR will reach tipping point, but all the signs point towards it becoming a very valuable medium for fully immersive brand engagement. While it is still largely associated with the gaming community, there is nothing to prevent the B2B sector taking a lead role in developing its commercial potential.

If you are about to take the plunge, don’t do it in isolation. Talk to people who’ve already had a go, so you can benefit from their learnings and share experiences. Be realistic about what you can achieve with such a fledgling technology and accept that you may have to compromise on some elements. But feel assured that your early steps could put you at a distinct advantage in the future as you pave the way for effective use of VR in your organisation.

Even if your brand isn’t ready for VR, you can’t afford to ignore it. Take the initiative. Explore 360-degree video on Facebook and YouTube, and get an entry level VR headset. Not every brand is cut out to be a trailblazer, and VR might not be relevant to your industry or your offering at the moment. But you can’t make an informed decision unless you educate yourself.

David Chandler is Director, Strategic Accounts at Harte Hanks. He’s co-presenting a B2B Marketing webinar on VR on 5 May 2016. Book your seat here.