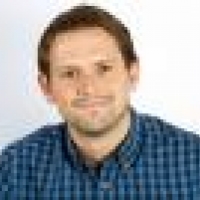 Unless you’ve been hiding under a rock for the last few weeks, you could not have failed to notice the huge buzz around the impending arrival of Google Glass. Its arrival is set to signal the influx of wearable technology in a huge way – with smart watches, wristbands and intelligent clothing all linking with our human self to connect us with our friends and colleagues like never before.

Some of you may already be using some form of smart app on your mobile device to measure your weekly run, but the smartphone is merely a staging point in the wearable tech phenomenon. Recently launched products such as Nike+ Fuelband and Jawbone UP take this a step further by measuring your daily activity, heart-rate, sleeping patterns and diet, to help us better understand our inner self and bring the ‘gamification’ element to our lifestyle. We’ll also soon see hands-free wearable cameras, such as the Autographer, hit the market that will bring the term ‘lifelogging’ to the fore, enabling us to visually map together key moments from our day in a matter of seconds.

For a tech geek like myself this is hugely exciting, and what will be interesting to see is how brands start to leverage these wearable devices to better understand and engage with their customers. For example, PruHealth has partnered with Fitbug so that users are rewarded with “vitality points” that contribute to discounts at gyms and other incentives.

This month, 3 Monkeys unveiled the findings of an in-depth study into the use of wearable technology and its impact on human behaviour. The study, The Human Cloud: Wearable Technology from Novelty to Productivity, was a collaboration between Rackspace and the Centre for Creative and Social Technology (CAST) at Goldsmiths, University of London, and was supported by research into attitudes and behaviour regarding wearable technology among 4,000 UK and US adults.

Whilst we expected there to be some level of demand for these devices, we were surprised to see that there are already a high number of Brits using some form of wearable tech, at an estimated 8 million, with over one in three (39 per cent) intending to use these devices when more widely available.

I certainly think the uptake of devices like Google Glass is going to be a slower burn in the UK, but I do think more of us will start to use other wearable devices for health and fitness reasons. This matched with the research findings in that 63 per cent of users have already seen health and fitness improvements, so perhaps this technology isn’t just the latest consumer fad.

But what do you think? Is wearable technology going to hit the mainstream, or is it just another gimmick? The benefits to health and fitness brands are already clear, but what other industries could benefit?