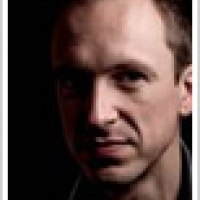 By: James Gardner
Head of Innovation and Enterprise Projects
Volume

Now that the dust has settled, and the hyperbole surrounding Groupon’s growth has subsided, we can now take an objective look at the service it provides. Here’s a 5-minute guide – or at least a 5-ish paragraph guide – to Groupon.

Groupon is a collective buying service. Put simply, it offers discounts on products and services which only become valid once a set number of consumers buy into them. The numbers required may change, as will the amount of discount you get, but the principle remains the same: once enough people buy, the discount becomes active and everyone benefits. Consumers get the discount and businesses have the peace of mind that they have generated new customers and have enough take-up to make the offer pay off.

And so it is. However, businesses need to be careful when they construct their offers. In January, a Japanese café was inundated with buyers for the traditional New Year’s meal “osechi”, leaving them unable to meet demand and leading to disappointment. Predictably, complaints were widely posted on the Internet. Usually, Groupon provides advice to businesses to stop this happening, but due to their rapid growth, the Japanese employees had not yet been trained to provide this service.

How did it get so big, so fast?

Groupon was launched in the US in November 2008, and its growth since then has been outstanding. It now covers over 565 cities around the world and has seen its web traffic grow from just 2 million unique visitors per month to over 15 million (source: Crunchbase). Annual revenue is around $2 billion. They are the market leader in the group-buying category by some distance.

In December 2010, they turned down a $6 billion offer from Google, a defiant move that shows the confidence they have in the marketplace and in the group-buying concept. This was after turning down approximately $2 billion from Yahoo in October 2010.

Their growth has been fueled by a mixture of acquisitions (Japan, Russia, Hong Kong, Singapore, Phillipines and Taiwan), aggressive IP protection (MobGob), partnerships (eBay, Ning) and smart deals (Gap). But also, and in some ways more importantly, they’ve come to the fore at the right time, catching the zeitgeist for the hyper-local service.

As I’ve written before, following globalisation is localisation. The rise of mobile devices and geo-location technologies has led to a upsurge of interest in creating personalised web experiences. Service providers from search engines to advertisers are using these technologies to get closer to consumers, offering them more targeted information. And while pure online spend may be rising, connecting consumers with local businesses will always generate good return as that’s currently where the majority of our spend takes place.

FourSquare is also based around these principles, but works the other way around to Groupon. Rather than introducing new customers to a business, it rewards consumers for their loyalty, with regular customers earning greater rewards. Using the two services together could provide a strong basis for generating and retaining consumers.

Does it have any value for B2B Marketers?

There’s no doubt that Groupon started out as a pure B2C proposition. It’s perfect for lower-value, impulse-led purchases, but it may well hold value for B2B organisations as well, even though the decision-making process is much slower. March saw the first B2B deals being made available, led by IT consulting firm Ajilitee. Their daily deal offered 50% off $25,000 of consulting and proved a great success for them, not in direct sales but as a demand generation tool. Although Groupon would prefer deals to demand, this has led to Groupon putting more resource behind B2B deals through Groupon Stores and redemption-tracking software.

Despite its market-leading position, the future isn’t completely clear for Groupon. It must continue to provide relevant offers and not become a home for drab low-value voucher code discounts, and it also faces competition from Living Social. However, it's size and stature should keep it ahead of the game in the B2C space.

And B2B? Only time will tell whether B2B collective buying services will be successful, but (excuse the pun) they should certainly not be discounted.

This article was originally posted at http://jamesgardneruk.wordpress.com.