What next for social media? 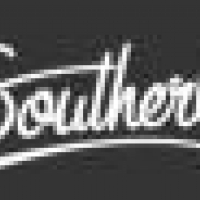 It’s hard not to get swept up in the excitement of New York City. The enthusiasm for everything there is infectious – even when people are complaining they do it with such gusto. That infectous enthusiasm was on show at Social Media Week New York, the Stateside instalment of the global event that boasts more than 2,500 events in 25 cities throughout the year. After a whirlwind week spent listening to some of the leading thinkers and experts in the field of content marketing and social media, some common threads emerged once the (fairy) dust had settled.

You can reach too many people. Surely the holy grail of social media or any form of digital marketing is as wide a reach as possible, right? No, says Jonah Peretti, CEO and co-founder of Buzzfeed. His 45-minute keynote interview was one of the highlights of Social Media Week.

Peretti’s message was if your content is in front of the wrong people it could actually damage your brand. No one wants a ‘so what?’ response. This all boils down to audience research and targeting content. He also stressed the importance of taking time to get your content right – the quizzes on Buzzfeed that are so popular right now actually evolved over six years of experimentation and tweaking.

Quality content is also fundamental to the trend-setting Millennials or Gen Y audience, the 20-somethings who embrace new platforms and bring them to the fore. Markham Nolan, Managing Editor of the Gen Y global social news network Vocativ.com, pointed out that one of the biggest misconceptions about this demographic is that they prefer “shallow or simple content”. “At Vocativ we don’t have as much content as other sites but we go into stories much deeper,” he countered.

A much-used phrase throughout the week – vanity metrics is a term used to describe the idea of getting as many Facebook likes, Twitter followers or +1s as possible. Think about when Facebook landed in 2004, if you were into it then it was almost a competition to see who could get the most friends. Same with Twitter followers. But did you really know who 90% of those people were? It was the same story for brands and companies when they first dipped their toes into the social media pool – brand awareness meant getting as many likes as possible.

It was clear from several of the talks that the focus has shifted and it comes back to quality not quantity. The onus is on top quality content targeted at the right audience who will engage with it, the aim being to build a lasting relationship that’s going to translate into brand advocacy or loyalty.

Get optimised for mobile!

If your site is not mobile-optimised, then you are missing out on a serious amount of traffic generated not only by unique visits but social media shares too.

Adam Ostrow, Chief Strategy Officer at Mashable, revealed that 45% of the site’s users view it on mobile. “And that number is growing. The article page is the new homepage – 75-80% of our traffic comes from articles that have been shared on social.”

It’s been received wisdom that on social, rich content that includes video does best – a stat from HubSpot, The Science of Facebook (2011) revealed that posts with the word ‘video’ in them are shared 30% more on Facebook than posts that do not. In the future, this is set to increase. Buzzfeed has just set up its own production studio in Los Angeles to make its own entertainment videos – where one goes, others will follow.

Speaking just a day before Facebook announced its $19 billion acquisition of WhatsApp on 19 February, Jonah Peretti suggested that messaging apps would be the future of social media as early adopters who once flocked to Facebook and other more ‘visible’ platforms get sick of sharing their lives openly and opt instead for private messaging, or ‘dark sharing’ between closed groups. Mark Zuckerberg’s move, which according to a Forbes article out this month began with a courtship dating back two years, suggests that he thinks so too.

Of course, for anyone who likes looking at pictures of cats or babies on social media, it’s business as usual. They might just be better quality pictures…