When a B2B is Ready for New Customers 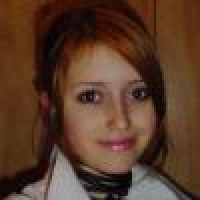 The importance of keeping what you have is not lost on the world’s best business people. A bird in the hand is worth two in the bush, you may have heard it said, and the statement is as true today as it was when people commonly hunted birds. In B2B customer-hunting and related marketing decisions, treating your existing customer base will pay off more in the long run than neglecting them to seek out new customers. Of course, you may be at a stage in your business where you really need to broaden your base. However, a good rule of thumb is to make sure that you are never stretched too thin to best serve the ones you already have. They are hard-won, and shouldn’t be lost without a good reason.

It is particularly easy for businesses to do this when they are expanding. A new business arena will be new and exciting. It’s easy to put all of your best energy into building and ravishing the customers associated with this new venture, at the expense of older customers involved in more mature and established facets of your business. Business at this stage (the mature accounts) are the lifeblood of any stable business trying to stand the test of time. Some studies explain it like this. You have between a 5-20% chance of selling to a customer who has never been a part of your business. That rate increases to nearly 75% if you are selling to an existing, trusted customer.

So how can this work for you? You’ll see this dynamic played out in many arenas. Many companies in a variety of industries reward their best and most loyal customers with perks and incentives. These things don’t just have to be giveaways. Think about the airline industry. Various airlines offer free flights, upgrades, hotel accommodations, food, all kinds of stuff to their most frequent users/cardholders. All of these customers rack up these rewards by spending money through a company-specific card, so they are paying for the privilege to be rewarded. But it still feels good and pays off hugely for the airlines. By the time you’ve invested enough in a single customer to have them carry one of your cards, you likely have a customer for life.

However, as also exemplified by the airlines, you can also lose customers if they feel poorly treated. Several airlines, which must remain nameless, went under in the months that followed the worst of the 2008 recession, with others still recovering from the loss their reputation took. For awhile, the industry seemed like a toss up, with players disappearing and merging left and right. Now that things are beginning to settle again, you’re seeing some of the greatest incentives packages ever offered by airlines, as an attempt to be the Go-To airline for as many clients as possible. B2B companies will have to use this same mindset illustrated here by Charles E. Phillips. .

So to answer the question hinted at in the headline, a B2B company is ready to expand when its customers are most well off. The customer base should, in a way, demand expansion. That their needs could only be met by a broadened business is perhaps the best metric to determine the ideal time for new business acquisition.