Where would we be without our buzzwords? 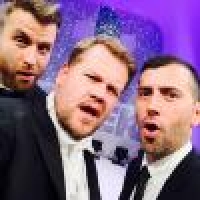 As an experiment, and because somebody challenged me to do it, I spent the last month devoting my personal blog to banning marketing buzzwords.

To be honest, I didn’t realise how much excitement I’d whip up among marketers who seem to have been desperate for someone to speak up and take action.

As a service to you for reading this column, it seems only right to provide the top five marketing terms that we all want to get rid of. I’ve put this list of the top five together based on retweets and traffic for each post.

It’s not hugely scientific, but might guide you through your next proposal or meeting with the minimum of jargon…

5. Buzz
‘Buzz’ it turns out, is a bad way of measuring anything. It could mean noise about your campaign, but that is too open to being hijacked by spammers. It could mean mentions by your influencers, but that often can’t be proven to create a return on your marketing spend unless you set things up right from the outset. So many briefs start and end with the creation of buzz. Let’s move on from this and think more about what we’re trying to actually get from all the hubbub…

4. Learnings
Also known as ‘key learnings’, this word is used to cover up any embarrassment for the agency or client when someone does something wrong. What we really want to say is ‘lessons’, but we’re too scared to admit that we’re all still learning this stuff. Doing stuff wrong, believe me, is a good indicator of the fact that you’re trying new things. Embrace the lessons you take from every mistake and move in. I like to call it ‘failing forward’.

3. Storytelling
This was a controversial entry. ‘Storytelling’ is very popular among PR people, who have been looking for a way to describe what they actually do for years. It’s not the word itself that’s the problem, but the way it’s been thrown about without much thought for what it means. Here’s the short version: Storytelling doesn’t mean issuing a press release. Ensuring your campaign has a decent narrative, plot and tone is more the point.

2. Cyber-
Crime. Monday. Bullying. Sex. Does singling each of those out as ‘happening on the Internet’ with the prefix ‘cyber’ actually make them better or worse? We do love to pretend that digital things are different from actual things, but in the real world everything is one and the same. Are you proud of your cybermarketing strategy? No, thought not. Moving forward, it’s time we stopped differentiating the things we do that are digital, and start focusing on results.

1. Moving forward(s)
Did you even notice that I’d used this phrase in number 2? If not, then you’re like 99 per cent of every other marketer out there and are using this dreadful expression on a regular basis. I’ve been in meetings where people say “moving forwards” multiple times per sentence. This was overwhelmingly the most popular phrase to ban from everyone who reads my blog, and yet people pepper it throughout their day to help fill in the moments when their brain switches off. There is only one acceptable time to use it: NEVER.

What are your most hated marketing buzzwords?