Why early adopters don’t have to be Digital Natives 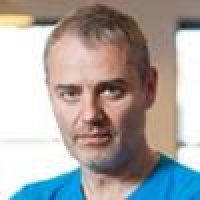 I’m fifty years old and I’ve always been an early adopter for new technologies.  I’ve been shopping on Amazon since 1998 and I’ve owned every kind of new high tech device that has been marketed during the last three decades. But over the past ten years, I have witnessed the rapid adoption of internet technologies that has been primarily driven by younger people, the so called “Digital Natives”, those who were born after the beginning of the Internet. And sometimes I do feel disconnected from the trends they set. I like communication tools but I don’t share my private life on Facebook; I like to take pictures but I don’t feel the need to share every moment of my life on Instagram; I like Twitter but I don’t have the time to tweet about all the things that happen as I go through my day. I still use these tools, of course because they bring tremendous value. It’s a fact that as Generation X (born between 1960 and 1981) we ended up using services that were not originally designed for us, because they reached scale after being massively adopted by Digital Natives (born after 1981). According to Pew Research Center, Facebook penetration rate in the US increased from 20% to 65% on the 50-64 age group over the last 5 years (it was already 80% for Digital Native 5 years ago).

People who built startups for Digital Native early adopters have succeeded in leveraging their behavior in a very efficient way. Because Digital Natives are ready to trade off privacy and data security for services, these companies were able to build free products that gather a lot of personal data in the cloud and generate revenues from that data through advertising.

But targeting the young is not the only recipe for success. I am the CEO of Dashlane, a password manager and digital wallet with over 3 million users. The average age of our user base is over 40, which is pretty unique for a fast growing consumer Internet company. We are on our way to making this business massive, but off the back of a new paradigm. We’re beginning with early adoption from Generation X users, and scaling up to other age groups in a second phase. People above the age of forty don’t make the same trade-off on online security and privacy and so are ready and eager to adopt services that address these issues, even if they need to pay.

For years, we have believed that new communication technologies were magically driving us towards greater freedom; towards a better world. But today we have realized that our virtual online world presents real-world problems: there are bad guys attempting to harm us, governments threatening our individual rights if we don’t protect our data, and massive Internet firms trying to leverage their monopoly position to make money using our data. The Internet changed the world, but it didn’t fundamentally change humans. Generation X and Baby boomers have a stronger understanding of this than younger people because they know the pre-Internet world. There is also the age factor. After the age of forty we become more concerned about security because we have more at stake. Generally speaking, the older you are, the more money you have in your bank account. Our psychology also changes: as we age we tend to realize that life can be fragile. It’s normal to start thinking more about your family’s interests rather than your own, and with that comes the drive to do everything in your power to protect them.

To leverage this growing security and privacy concern from people over forty, little of the startup rulebook for digital natives applies. At Dashlane, we propose a highly secure data infrastructure (local encryption and decryption, no storage of user passwords). We don’t compromise on privacy, which means we cannot connect users with personal data about their activity. Instead, we get revenue directly from the portion of our users that get the premium version of Dashlane paying $39 a year . Based on the numbers we see, they feel quite happy about it. We try to provide great support to this discerning audience and we experience pretty high satisfaction rates as a result.

On the other hand, the value our product delivers by uniquely combining convenience and security, is essentially the same regardless of age. So for us, expanding our reach to Digital natives is about adapting our message, finding the right channels to reach them and adapting our business model. But at the end of the day, the real world challenges of the digital world are not going away, and they will affect Digital Natives and Generation X in the same way over the long term. And we are clearly counting on Gen X and baby boomers to be ambassadors for a safer and more convenient use of the Internet.