Why Spain will remain no 1 for design and brand alignment 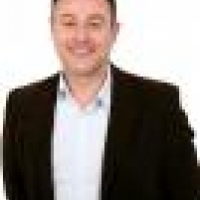 I’ve enjoyed a lifelong love affair with Spain; it’s not just the obvious assets, such as weather, culture and sheer variety... there is so much more to the country than that.   Like most of southern Europe (although not exclusively so), Spain is suffering – and how... it has seen one of the most catastrophic property busts in modern European history.  I just wonder however, if this failing might also end up being its salvation?

In this economic climate, there is a growing argument for state sponsored capital investment projects being ramped up in order to get us all out of this mess; however in Spain, that’s already happened and it probably one of the reasons that the country can no longer pay the bills.  As a result of its willingness to spend beyond its means and embrace a nationwide rebuild, where even City grand dames like Malaga have enjoyed complete facelifts, surely Spain must be looking to capitalise on such potential when the world gets back on its economic axis.

Every region of this country has been building as though its life depended on it; new airports, modern and very fast country-wide rail and road systems, telecoms infrastructure that is about as good as it gets.  The old cultural sites have been spruced up or re-built; museums such as the Guggenheim in Bilbao or swanky hotels such as those built in La Rioja or Cataluña are surely signs of a country that is proud of its culture, but one that builds on it and celebrates its future as a thoroughly modern nation.   Even famous citizens from Spain’s past, such as Gaudi in Barcelona or Cesar Manrique in Lanzarote have left legacies that still proves to be achingly contemporary and cool; it’s as though Spain is incapable of growing old and ‘staid’.  As such, the old adage of ‘something for everyone’ could not be truer than it is for Spain.

Whatever your business or likes, you won’t have to look hard to find a brand aligned hotel, venue or region.  If you sell cars, then the super modern motorways will show them off spectacularly – and often with great weather to boot.  If you are a cool, trendy brand, then what could be cooler than an uber modern hotel overlooking the sea or juxtapose with a cultural iconic landmark like the Prado?  In short, the country appears to be one large designer catwalk, ready for international brands and businesses to take advantage of.

Now clearly, Spain is not all about modern and chic; and that must be celebrated too – you can still experience the traditions of the pueblo blancos of Andalucia, or indulge in a pie ’n’ pint in Benidorm (apparently 1.5 million Brits visit each year for such luxuries!)  However, for me, the fact remains that with new airports, hotels and a can-do attitude to business, it won’t be long before that horrendous lack of spending control in the 90’s and 00’s might just offer the country salvation it needs.  After all, it might just have  stolen a march on the rest of Europe when it comes to being the most business and brand relevant country on the continent.