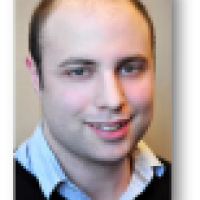 “Any publicity is good publicity.” This is perhaps one of the less controversial lines from Martin Scorsese’s Wolf of Wall Street. And while it’s easy to overlook amidst a three-hour epic of debauchery, drugs and dwarf tossing, it’s actually one of the more insightful lines from the movie –from a PR perspective at least.

The line comes from Belfort’s wife in response to a negative story in Forbes about the unethical practices of her husband’s brokerage firm. The phrase is by no means new, and most people would have come across it. But here’s the question: is the quote still relevant in a digital era where information is fired faster than Mr Belfort’s opening night “performance” with his second wife?

Social media has radically altered the communication landscape across all sectors, and financial services is no exception. With social media, news travels like lightning and what might have been a small, regionalised or even in-house issue just a few years ago can quickly become a global phenomenon today. And let’s face it, if Leonardo DiCaprio’s portrayal of Belfort is anything to go by, the blogosphere would have plenty of material to work from.

While we all know that Hollywood exaggerates things, there have been some recent real-world examples. The digital world was quick to jump on Libor, as the following image started trending:

This is a classic example of how bad news travels faster than it ever has before. As such, I would argue against the idea that any publicity is good publicity.

This is why it is important clients think of the media as an interconnected world spanning digital channels, print publications, and not forgetting of course their own website. Firms that fail to embrace the digital world as part of their overall communications strategy will be left behind, but those that adopt a smarter strategy will stay ahead of the pack.