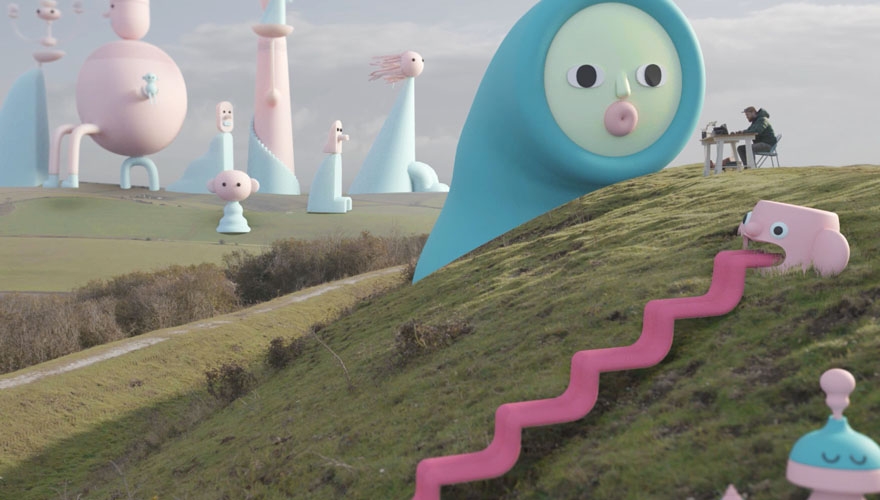 Kavita Singh spoke with George Olver, co-founder of Movidiam, about how HP, Intel and Movidiam’s campaign revolutionised the idea of working from home and inspired creative professionals to innovate regardless of where they may be.

The campaign video was filmed 15 October last year, at Nolithic Fort Cissbury Ring, where animator Laurie Rowan was challenged to create his signature creatures to the landscape as possible using just the HP ZBook Create.

Laurie is an animator, illustrator and director and has worked with clients such as the BBC, Channel 4, Disney and Google and has won numerous accolades including a Children’s Bafta win and Lovie Award. Movidiam, Intel and HP felt his appealing art style, ability to speak to the camera and his charisma made him an excellent candidate for the campaign challenge.

The campaign challenged entrants to work out how many characters Laurie was able to create on the landscape featured in the video. Those that guessed the correct number were then entered into a prize draw for a chance to win the HP ZBook Create G7 with Intel CoreTM i7 processor and NVIDIA GeForce RTX 2070.

George Olver, co-founder of Movidiam, said: “ZBook Create is an extremely powerful high end machine that is very compatible with the network of users that we have on Movidiam, so it was a natural marketing collaboration. We looked at this concept and said:  ‘A lot of these bits of content, infomercials and brands films are related to the specification and the tech, such as the power and battery life.’ Those elements are great and all very important, but there’s an element increasingly around the lifestyle of the creator.”