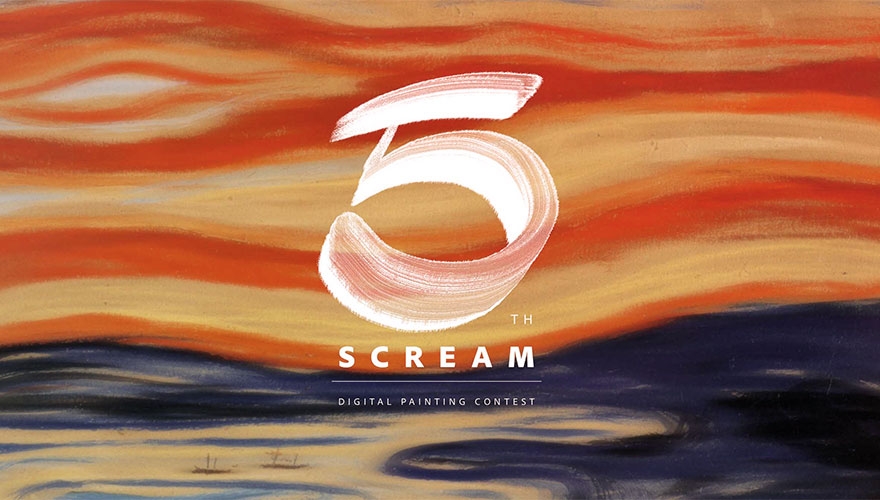 The project, entitled ‘The Hidden Treasures of Creativity’, replicated seven of Munch’s original brushes – now over 100-years-old – which can now be used in Creative Cloud by Photoshop and Sketch users.

In collaboration with the Munch Museum in Oslo, the original brushes were photographed in 360 degrees using ultra-resolution cameras, which captured all angles and details to create an accurate three-dimensional representation.

Perhaps best known for his 1893 painting The Scream (of which there were four compositions), Munch’s style and brushwork were also closely examined by specialists, and combined with the data about the brushes’ attributes.

Simon Morris, senior director of campaign marketing at Adobe said: “There are certain pieces of art we all know and love. These works transcend time, living on to influence modern creatives, and society as a whole. But we rarely think about the tools that were used to create those masterpieces.

“The Hidden Treasures of Creativity is all about bringing these tools back to life and placing them in the hands of a new generation of artists. Institutions such as The Met in New York and The Rijksmuseum in Amsterdam are already making their collections available online to help keep classic works of art in the public eye. This innovative project is an extension of this movement, making it possible for today’s artists to rediscover and treasure the brush of a master and use it to create their very own masterpiece.”