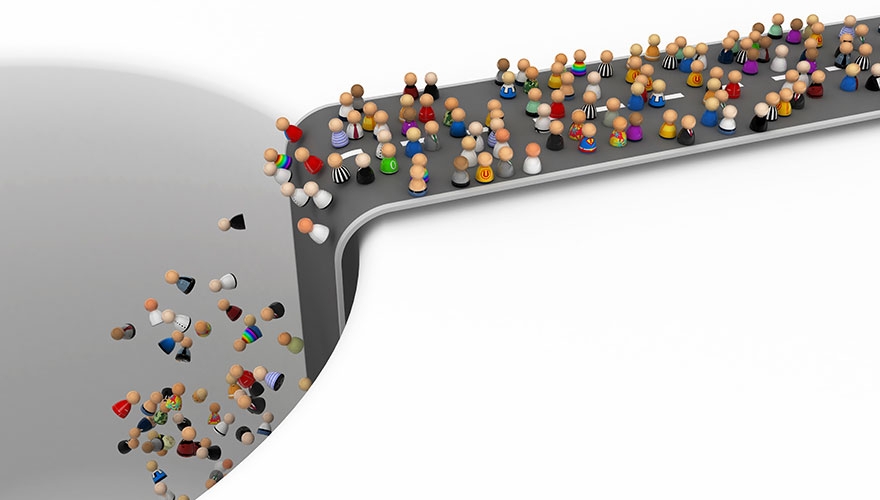 B2B companies are at risk of losing more than two-thirds of their customer base, according to a comprehensive new study by Gallup.

The analysis, conducted over five years and based on responses from over one-hundred thousand people, has found that only 29 per cent of B2B customers are fully engaged, which is to say emotionally and psychologically attached to the companies they do business with.

This leaves an alarming 71 per cent of customers ready and willing to take their business elsewhere.

This pattern of disengagement is seen over every vertical: from heavy manufacturing to pharmaceuticals to law firms, B2B companies across all industries are at risk of being replaced – not because of their products or prices, but because they are failing to be customer centric.

"...70 per cent of global B2B customers are either indifferent toward your company or actively disengaged with it"

The report argues this is sometimes brought about by institutional laziness. B2B companies may have inherent advantages over competitors, such as their name and reputation or the size and breadth of their geographic footprint.

It may also be difficult for their customers to shift their business to another company because of the costs involved with switching — thereby favouring the incumbent.

Jim Clifton, chairman and CEO of Gallup, stated: “Companies are struggling to grow – so they’re giving up and acquiring their competitors. This is the current growth strategy of most Forbes Global 2000 (G2000) companies. As a result, the number of publicly listed companies traded on U.S. exchanges has been cut almost in half in the past 20 years — from about 7,300 to 3,700.

“There is more growth potential in customer strategies than in acquisitions. Gallup’s behavioural economics research finds that you’re only maximising about 30 per cent of your B2B customers – or ‘engaging’ them, as we call it. That means 70 per cent of global B2B customers are either indifferent toward your company or actively disengaged with it."

Ultimately, the report concludes that in the future growth will require a different approach which puts businesses’ existing customer base at its heart.