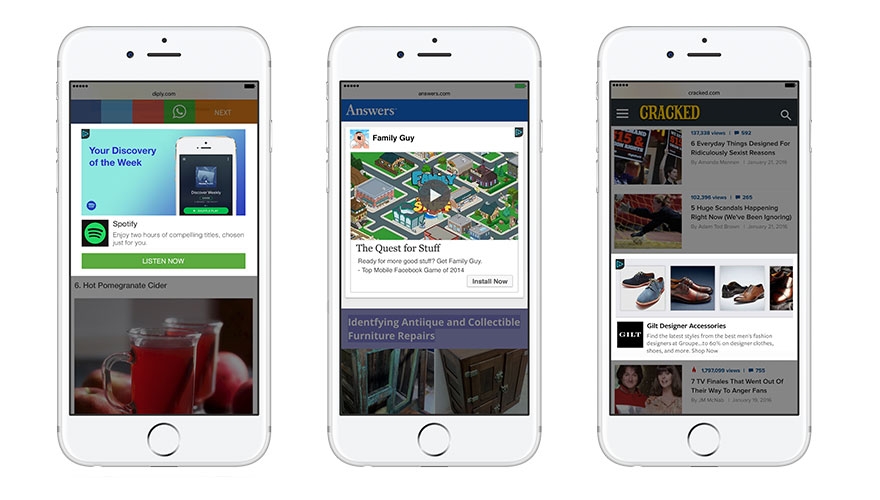 This will open the platform to a number of new publishers, as well as allowing existing users to leverage the power of mobile advertising on Facebook.

Audience Network was first launched in April 2014, allowing publishers to create people-based targeting ads, along with native ads which make up 80 per cent of impressions on the network.

According to a Facebook blog announcing the extension, the social media giant boasts over 2.5 million advertisers, with Audience Network achieving a billion dollar annual run rate for advertising spend during Q4 2015.

In the same post, Facebook commented: “Our focus is on creating real outcomes for advertisers, such as sales or app installs, and providing publishers with a metric to optimise towards with our Advertiser Outcome Score.

“Unlike other networks, the Audience Network rewards quality publishers based on the value they create for advertisers."