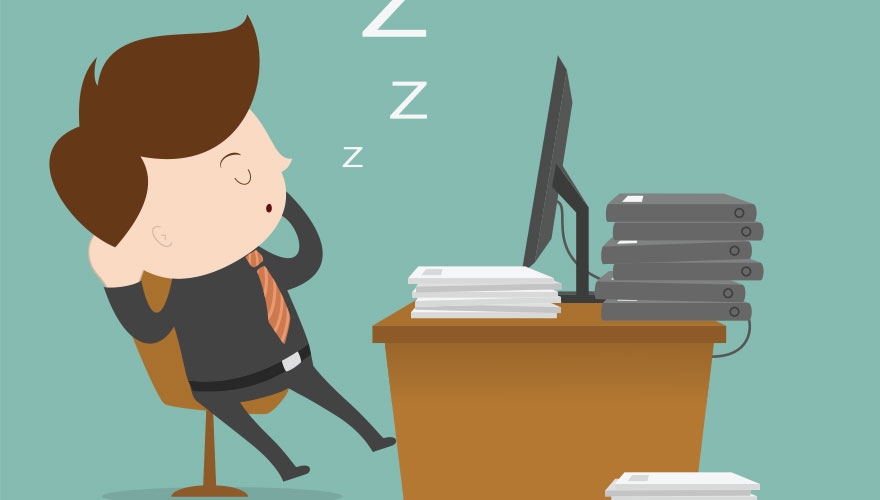 A staggering eight and a half work days are lost by UK professionals every year due to poor sleep patterns, according to research by Big Health.

With 22 December being the shortest day of the year, the World Sleep Survey revealed one in three people living in the UK experiences problems with sleep.

The research also found that seventy-four per cent of people in full-time employment suffer from ‘non-restorative sleep’, whereby their quality of sleep is severely hampered by the absence of a night’s sleep.

The effects of poor sleep often spill over into work productivity, with respondents citing lack of concentration levels (46 per cent), ability to complete work (38 per cent) and ability to stay awake during the day (27 per cent).

On a more personal level, respondents admitted lack of sleep had a negative impact on energy levels (60 per cent), mood (48 per cent), relationships (35 per cent) and physical health (28 per cent).

Colin Espie, co-founder of Big Health and professor of sleep medicine at the University of Oxford, said: “As we enter the winter months, it’s important that we recognise the widespread effects poor sleep has on our lives.

“Sleep affects us on various levels - mentally, emotionally and physically - so when we have had no or insufficient sleep, we feel the consequences. Physically we will feel lethargic and sleepy, mentally we become slowed down with poorer concentration and memory, and emotionally we may become irritable and rather down, with bursts of hyperactivity.”