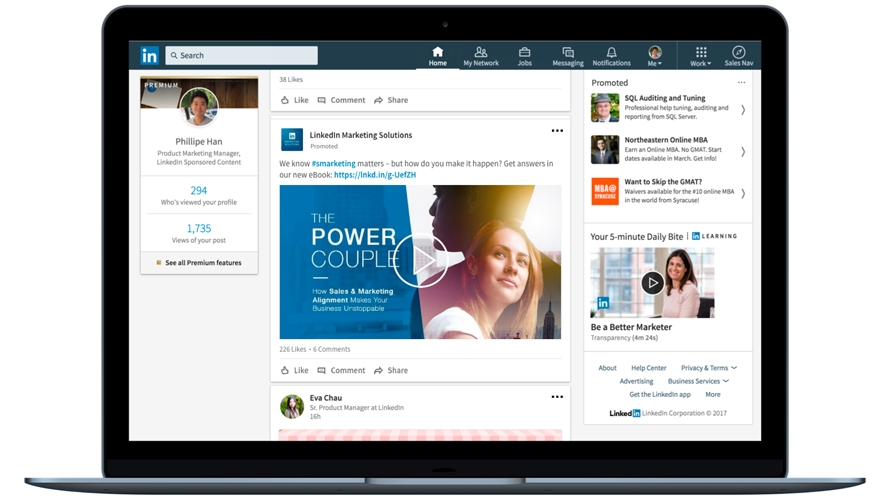 Following the introduction of native video on the social media network's mobile app earlier this year, LinkedIn will now allow a select number of publishers to directly sponsor video content on user newsfeeds.

Unlike already existing pre or post-roll video ads, the new native feature will broadcast videos directly to a user’s feed as a standalone post, much like the traditional Sponsored Content advertising tool.

The video ads – currently only available on mobile – will feature the same targeting capabilities as other LinkedIn advertising products, and will be available to advertisers through LinkedIn Campaign Manager, their Company Page, or their Showcase Page.

Feature to be made available to all next year

The new feature is currently only available to a few hundred select customers, although LinkedIn plans to make it available to all marketers during the first half of 2018.

Tom Pepper, director, head of LinkedIn Marketing Solutions UK, said: “Since we launched native video back in the summer, the majority of my conversations with brands and agencies have begun with them asking when we would release native video ads.

“We’re all, therefore, very excited to be trialling video ads on LinkedIn, giving advertisers the opportunity to reach an engaged professional audience in a way that we expect will be hugely impactful and open up even more creativity on the platform."