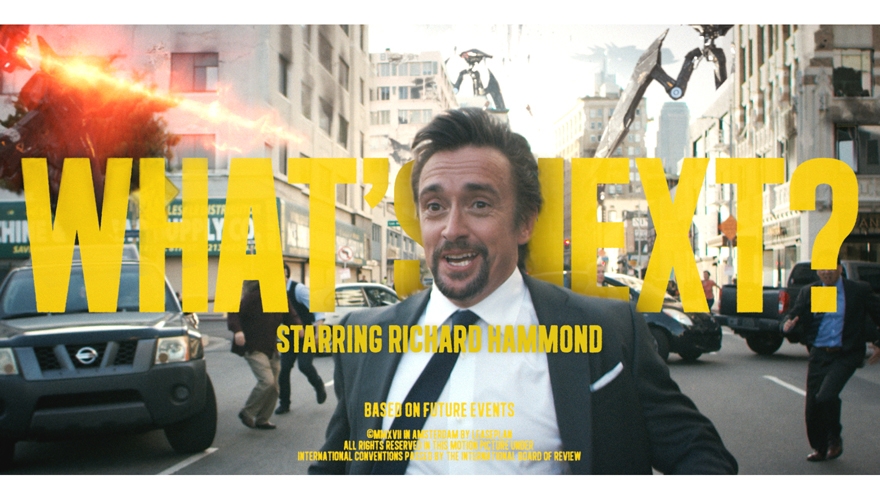 The sci-fi-inspired video – entitled ‘What's next?’ – stars Hammond trying to escape from an alien invasion, and in doing so showcasing LeasePlan’s new products and services following the rising trend of ‘car-as-a-service’.

The campaign is aimed at clients in the corporate, SME and private lease segments – a customer base LeasePlan has been familiar with for the past 50 years.

The new products introduced in the campaign include a ‘LeasePlan Click & Drive’ and an end-to-end electric vehicle for corporate customers located in Europe. Earlier this year the company announced it had become a founding partner of the EV100 initiative – a collection of corporate companies who pledge to transition to fully electric vehicles.

Celebrity endorsement is still a relatively underused tactic in B2B marketing, with many brands claiming its expense outweighs any potential impact it may have. However, food and beverage brand Knorr begs to differ, after winning last year's B2B Marketing Award for 'Best use of thought leadership' for its work with celebrity chef Phil Vickery.

Tex Gunning, CEO at LeasePlan, said: “We’re living through a mega-change in which people are moving from owning their own cars to using cars-as-a-service. We’re also seeing major changes in car technology as we move from the internal combustion engine to hybrids, fully electric and autonomous vehicles. In this fast-changing world, LeasePlan aims to be the company that knows and stands for what’s next. Ultimately, our goal is to provide a fully flexible ‘any car, anytime, anywhere’ service.”

The campaign has been launched in 32 countries as part of a new company strategy to gain more opportunities in the mobility sector. Further products are set to be announced in the coming months.