June 6, 2016
United States
Login to rate this article
0
No votes yet 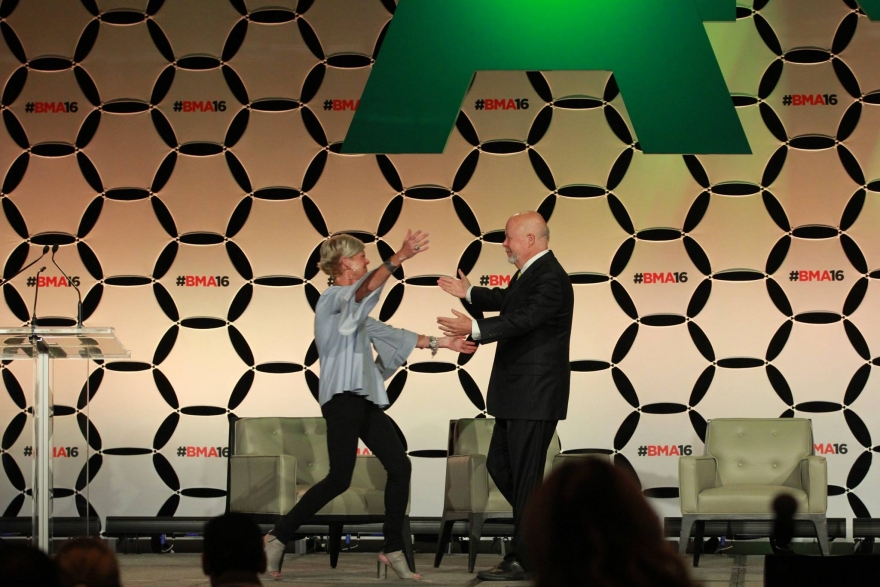 Slack was inducted into ANA's B-to-B Hall of Fame by Linda McGovern, incoming BMA advisory board chair. Photo courtesy of the ANA.

"Being the first inductee is an incredible honor,” Slack said. “But because Hall of Fame-type recognition tends to go to people near the end of their careers or who have retired or, God forbid, who have died, I wanted to make it very clear in my acceptance remarks that, for me, this BMA recognition is a mid-career award! I have more fire in the belly than I did when I started my company, and I plan to keep working to advance our profession not just for a few more months or a year but for many more years to come.”

The ANA, which merged with the Business Marketing Association almost two years ago, said the award is designed to honor professionals who have made significant contributions to the B2B marketing industry.

“This is a significant and exciting step forward for the ANA since our acquisition of the Business Marketing Association in 2014,” said Bob Liodice, president and CEO of the ANA. “It illustrates our strong belief in the power and importance of B2B marketing, and I can think of no other industry professional more deserving of this inaugural honor.”

Slack, who founded his Chicago-based B2B agency in 1988, also served from 2011 to 2015 as a BMA board member and VP of professional development, and from 2009 to 2015 as organizer of the association’s annual global conference. During that time, he helped increase conference attendance from 125 to 1,000 attendees. He also twice served as president of the Chicago chapter of BMA, from 2001 to 2003 and again from 2008 to 2009.