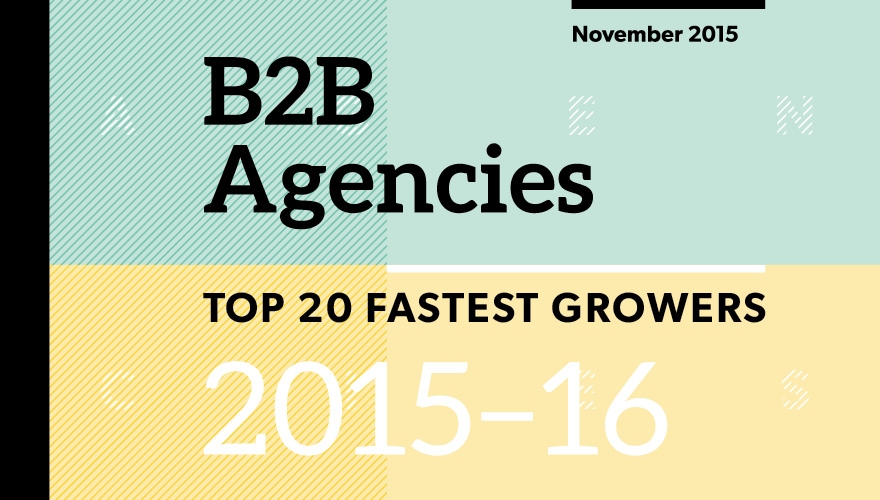 In second place is Digital Radish with 323 per cent YoY growth, and in third is Gasp, who recorded 205 per cent expansion. 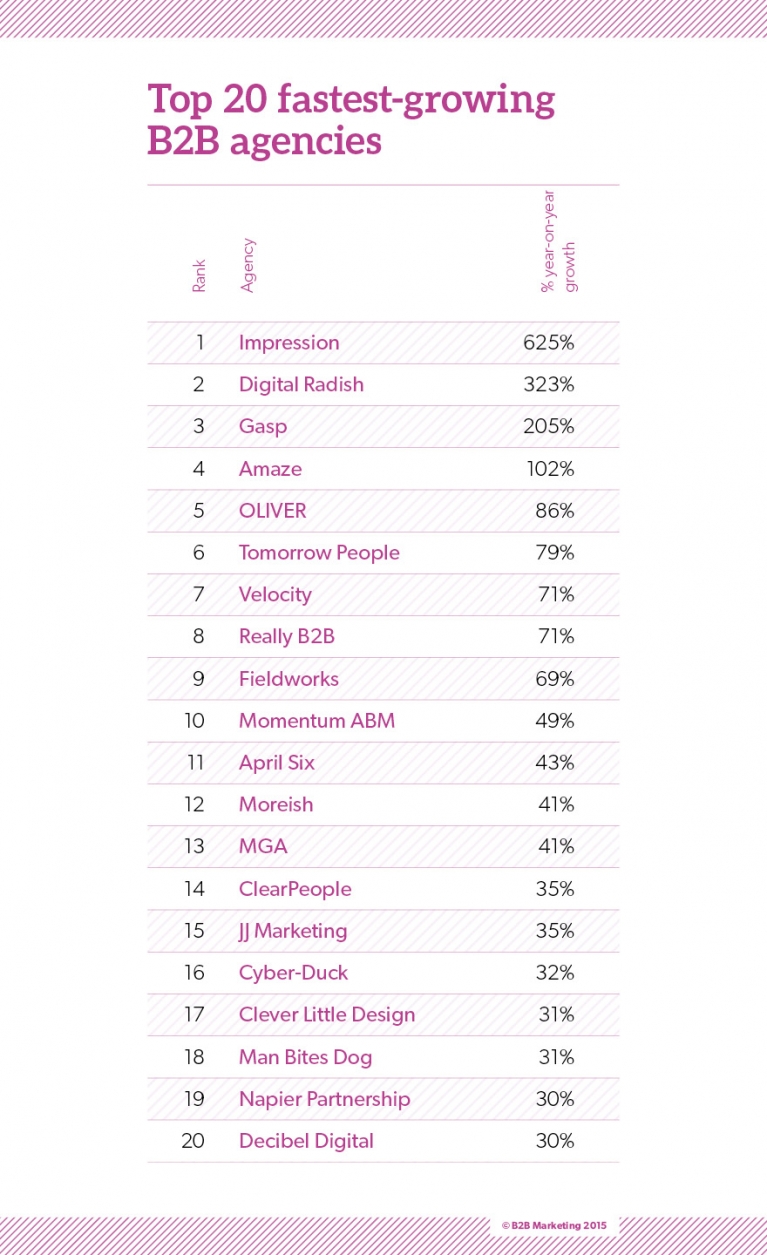 Full league table data plus more analysis and in-depth agency profiles can be found in this report, which is an invaluable tool for clients seeking to find and evaluate new agencies to work with. The B2B Agencies Report is free to Premium Members of B2B Marketing, otherwise it can be purchased online and in hardcopy format.