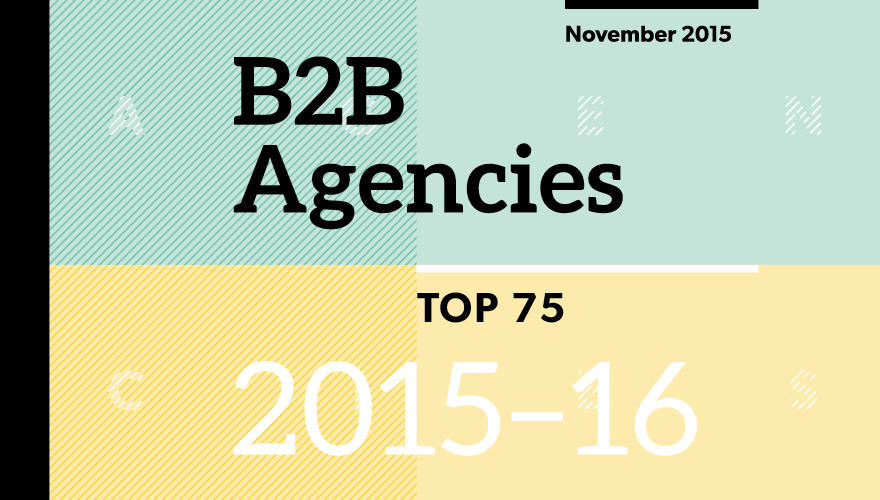 In second place is OLIVER with an impressive 86 per cent year-on-year growth. This was followed by last year’s number one agency Bray Leino, OgilvyOne Business (formerly OgilvyOne dnx), and Reading Room.

Meanwhile, other agencies in the top 20 that recorded impressive growth were April Six at 17, with a 43 per cent year-on-year growth, Twogether (30 per cent) and the Refinery (20 per cent).

Full League Table data plus more analysis and in-depth agency profiles can be found in this report, which is an invaluable to tool for clients seeking to find and evaluate new agencies to work with. The B2B Agencies Report is free to Premium Members of B2B Marketing, otherwise it can be purchased online and in hardcopy format.