Ethical and legal issues in marketing 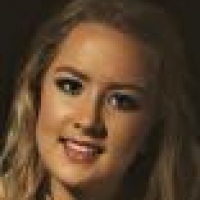 While marketing has existed since the start of commercial trading, it has become more and more of a grey area for businesses in recent times. Questions that have been raised include: the blurred line between data collection and the invasion of privacy as well as the grey area between attracting consumers and deceptive advertisement. Businesses must be careful to tread on the right side of the line between legal and illegal. This article will outline some of the common ethical and legal issues in marketing.

Data collection is often considered the first, and most significant, stage of marketing. Extensive data allows businesses to choose the most optimal marketing techniques for their consumer base. In fact, companies such as Google and Facebook primarily rely on tracking a user’s web history to generate returns.

However, while law makers are yet to decide on a legal position, individuals are pushing for tougher privacy laws. For example, in a recent survey of 11,000 people almost 70% said they would gladly use a “do not track” feature on search engines if available. (http://www.infoworld.com/article/2612865/internet-privacy/ovum--big-data-collection-colliding-with-privacy-concerns.html). Companies such as Facebook have also received backlash over privacy issues. As such, businesses need to become more conscious of the privacy of consumers when collecting data.

Delivery channels such as telemarketing, door to door sales and unsolicited emails are some of the most controversial areas of marketing.

Sometimes the law in different countries specifies time frames in which telemarketing and door to door sales are allowed. For instance, a sales person may only approach you between 9 am to 6 pm on weekdays and 9am to 5 pm on Saturdays. Further, “do not knock” stickers a “do not call” register must be obeyed by marketers. While these protections are in place, legal and ethical issues arise because the majority of consumers are either unaware of such protections or cannot bothered to report petty offences. As a result, marketers often get away with illegal and unethical behaviour.

More specifically in Australia, email Anti-Spam laws requires that a business has the receiver’s consent, identifies the sender and contains an unsubscribe facility. The grey area involves the definition of consent. For example, finding a consumer or another business on a shared directory does not constitute consent. Consent must be expressly stated or inferred from situations such as an existing business relationship.

Misleading claims in advertising may involve claims about the quality of the product, the availability of a service and any exclusions on a good. As examples, marketing techniques such as pictures of planes for a road transportation company or fine print that may contradict the overall message of the advertisement misleading and illegal. Companies such as Harvey Norman and Spec Savers have all been found liable for misleading claims in the past.

However, problems arise because it is extremely difficult to claim for misleading advertisement. For instance, that a product was “50% off from before”, a consumer must have evidence of before and after prices to make a claim.