A virtual disruption is coming for B2B marketing 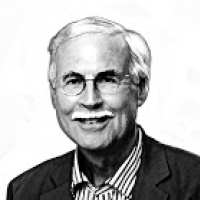 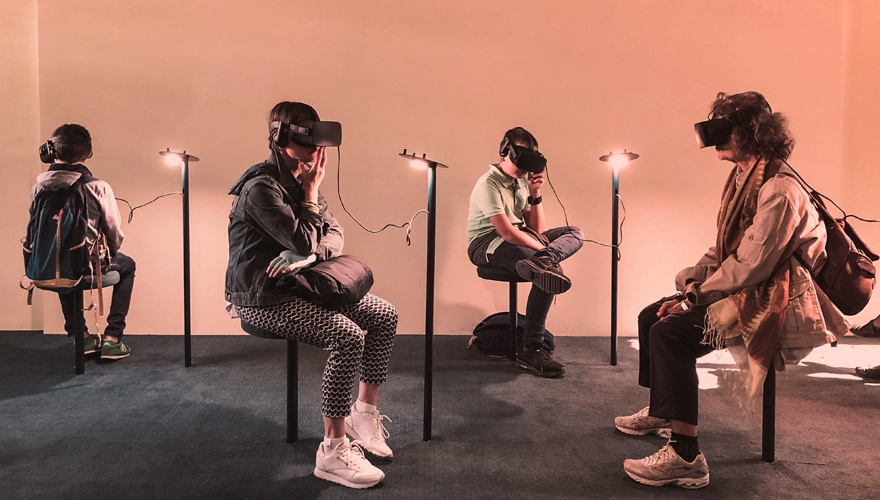 Whether you call it virtual reality, augmented reality, or mixed reality, this technology isn't sitting on the sidelines anymore when it comes to B2B marketing. Sam Bocetta tells marketers to get in the game!

When do you know a technological development has surpassed the trendy stage and become a bona fide industry? When it features its own annual trade show in Silicon Valley.

In early June, the Augmented World Expo celebrated its 10th anniversary with a record attendance and significant announcements. First of all, the global market value of this industry, which in 2017 was estimated to have been worth $16 billion, is expected to reach $94 billion by the year 2023.

Second, the real-world applications of augmented, virtual and mixed reality are starting to be seen beyond the defense, flight training, video gaming and entertainment industries.

The marketing industry is ripe for AR, VR and MR disruption. While it is easy to assume that the B2C marketing sector stands to gain the most from these technologies, it should be noted that the same can be said about companies operating on a B2B basis.

Before we get into B2B marketing examples featuring the use of altered realities, it is important to understand some of the concepts.

Virtual reality mostly refers to the idea of total immersion into digital simulations, particularly alternate worlds we can enter as avatars. Of all the extended realities that can be achieved through digital technology, VR is the most often depicted in science fiction, particularly futuristic versions of the internet.

Without getting too philosophical about VR, let's think about the physical reality we accept on a daily basis: From time to time, the stress of reality gets to be too much, thus making us wish for a way to shut out the world around us, at least for a little while.

VR can be seen as an escape from reality because of its deep immersion. Let's say you run a business renting turnkey office spaces that are fully furnished; a marketing strategy in this regard could include a VR tour of an office that lets prospective tenants walk around the premises, open filing cabinets, sit at desks, and look out the window.

For members of millennials, augmented reality arrived with smartphone games such as Ingress and Pokemon Go. However, this technology dates back to the late 1950s, when British aerospace engineers developed the first heads-up display for the Royal Navy Buccaneer aircraft. These days, HUD displays are common in many passenger cars, and not necessarily luxury sports models.

Modern AR applications involve the use of mobile devices equipped with cameras and touchscreens. Alternatively, wearable computers such as the Google Glass project can be used for this purpose; Glass was put on hold after privacy complaints, and the issue has also surfaced in Amazon’s Alexa, which seems designed to make privacy invasion a matter of course. This is a problem that needs solving before the AR industry finds much traction.

Staying with our example of an office space leasing company, you could take advantage of AR to develop a smartphone application that would display information about businesses and amenities close to the properties you manage. Prospective tenants can walk around the neighborhood, point their smartphone at a restaurant, and bring up a menu complete with photos and prices.

This is what you get when AR and VR technologies are combined. The leading tech firm in MR development, Magic Leap, has been widely criticized for using promotional videos that exaggerate the capabilities of current MR equipment and software, but the company has been slowly delivering solutions that suggest we are only a few years away from interacting with smart holographic entities.

Imagine giving a prospective tenant a pair a lightweight Magic Leap headset when she tours your office. Instead of just seeing information about the space she is interested in, the MR experience would include a smart assistant that your prospect can actually see moving around the office, pointing at features, and answering questions about the terms of the lease agreement.

This may sound too futuristic in 2019, but it is the course MR development is taking, and it is no longer as far-fetched as you may think.

Giving a name to our future

As MR becomes more advanced, VR and AR will not be left behind. If anything, these technologies will converge into a single discipline for research and development purposes. A formal name for this discipline has not been decided upon, but the closest is extended reality or XR.

A few years ago, the term "altered reality" was briefly used, but it was eventually abandoned because it sounded like a psychological condition. XR has yet to catch on because there are only a few companies working on MR, but this may change thanks to the involvement of marketing and advertising firms that use this technology to promote the businesses of their clients.

How extended reality will shape marketing

In the 1990s, films such as "The Lawnmower Man" and "Disclosure" depicted a fully immersive VR experience that was exciting to the point of being scary. Hardware constraints at the time made this VR vision seem impossible, but we are comfortably reaching that level. Annoying headsets are no longer needed for full immersion; the Oculus line by Facebook, for example, features comfortable devices, and the Magic Leap headsets introduced thus far are mostly lightweight.

Since marketing professionals know that there is no silver bullet approach to promoting products and services, they are trying various XR strategies. At the aforementioned Augmented World Expo, for example, attendees were given a messenger bag coupled with the event's official smartphone app.

When the smartphone camera was pointed at the bag, the name of the individual and the company represented were displayed, AR style, on the touchscreen. Not many AWE conference attendees took advantage of this feature, but organizers believe the approach may work out better next year.

The fine art of storytelling: What will certainly work out better is storytelling, and this is something that has been explored by Major League Baseball, a business enterprise that is already a leader in AR, but that is starting to get into VR storytelling. We are all moved by stories about star players coming from humble beginnings; to this effect, a YouTube video interview with a Cuban shortstop who grew up in a low-income district of Havana would be more powerful when paired with a VR recreation of the player's childhood bedroom, especially if we are able to explore it.

Focus on the internet: You can’t talk about the internet without mentioning the platform (WordPress) that powers around 30% of all sites. Virtual reality hasn’t made huge inroads here yet, but you can bet it’s coming with plugins like MomentoPress already adding 360 degree capability to photos and videos. Watch for other VR feature explorations to pop up in coming releases of popular themes. Those tasked with keeping WordPress vibrant know that staying ahead of the tech curve is critical.

The web is the next frontier of XR experience, and it all begins with the user interface. VR browsers are being developed as you read this, and Microsoft is rushing to make XR versions of the Windows operating system. Here we should mention that the tech giant has an advantage with its HoloLens headset and the Xbox video game console.

Perhaps we are not quite ready for the internet to become like the digital world depicted in the films The Matrix or Ready Player One, however, most of us wouldn’t mind being able to create a pro-looking website with a setup reminiscent of the workstation in the film "Minority Report." Off all the software available today for creating new sites, the best builders like Wix or Squarespace already have simplified this task to the point that anyone can create their own website, so don’t be surprised if VR eventually has a serious impact on the web design and development industry.

We know we are ready for more XR on the web because JavaScript libraries now feature a codebase for interacting with VR headsets, gloves and other input/output devices. If you rent booths and stalls to trade show exhibitors, you will want to offer website visitors the option to don a headset and get a VR tour of the structure.

If you sell accounting software to small business owners, you will want to offer the option to test touchscreen-enabled features for prospects who have VR gloves or other manual gesture devices. In short, if you’re part of the B2B marketing space and aren’t thinking about VR yet - it’s time.

6 great examples of VR and AR in B2B marketing

Download this free collection of case studies to learn how top B2B brands are deploying virtual and augmented reality in marketing to great effect.

Find out why mixed reality is more than just a fad 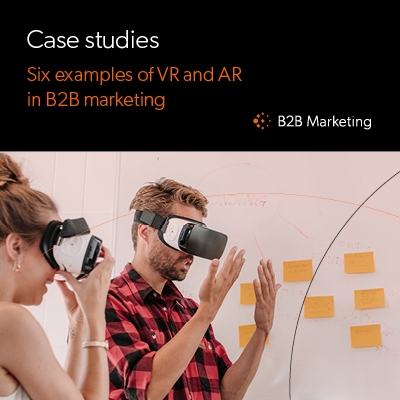